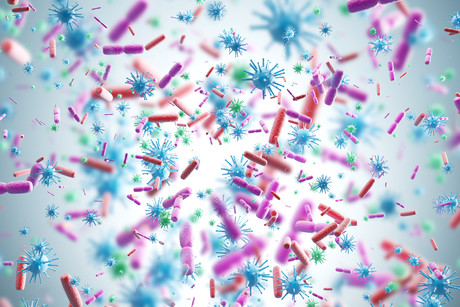 New research from Emory University shows that the human RNA molecule called nc886 may be a key player in human cells’ frontline defences against viruses.

The research, led by biochemistry professor Graeme Conn, studies how RNA is involved in the body’s responses to infections. Findings have been published in the Journal of Biological Chemistry.

When a human cell senses a virus, it activates a signalling pathway: a protein called OAS gets turned on and produces a signalling molecule, which in turn activates another protein that both directly defends against the virus as well as activating other parts of the cell’s innate immune system.

The ‘nc’ in nc886 stands for noncoding, which means this RNA molecule is not carrying instructions for building a protein. It’s doing something all on its own. What it’s doing, according to the paper, is turning on OAS, thus setting off the chain of events that destroys viruses. “We saw that (nc886) wasn’t just an activator of this pathway, but a very potent activator,” said Brenda Calderon, who carried out the research as a graduate student in Conn’s lab.

The nc886 molecule can adopt two different shapes, and one of them is much better at activating OAS than the other. This is another way in which this RNA molecule acts like a protein: its function depends strongly on its 3D shape and structure. Although nc886 is present in all human cells, it’s unknown whether the relative abundance of the immune-activating and less-active form might change in response to infection.

“We’ll be asking these questions about infected and uninfected cells,” Conn said. “How does the level of the RNA change? How do the levels of these two (forms) change?”

Getting deep into the molecular details of cells’ first responses to viruses opens the door to new kinds of treatments. Calderon speculates that understanding the factors that activate this pathway may enable researchers to someday manipulate it to strengthen antiviral defences.

“Such approaches have the potential to underpin novel, broad antiviral therapies (that don’t rely) on acquired immunity, and therefore are suitable for infants, elderly and immunocompromised patients,” Calderon said.