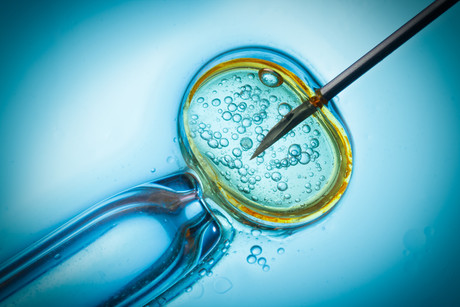 Juntendo University researchers have investigated one of the reasons why some women who undergo assisted reproduction treatment (ART) become pregnant with twins or triplets — even when single embryo transfer (SET) is performed.

A zygote is the fertilised egg cell that results from a man’s sperm fertilising a woman’s egg, and contains all the genetic information from both parents to form a new individual. It soon starts to divide and subdivide into many more cells called blastomeres, which eventually form the embryo. Zygotic splitting occurs between days two and six when the zygote divides, usually into two, and each zygote then goes on to develop into an embryo, leading to identical twins (or triplets if it divides into three). These are known as ‘monozygotic’ twins (or triplets).

Published in the journal Human Reproduction, the researchers’ study was the largest to investigate zygotic splitting after SET and highlights factors that could increase the risk. These include using frozen thawed embryos for SET, maturing the fertilised egg (blastocyst) in the laboratory for five or six days before SET, and assisted hatching, in which a small hole is created in the layer of proteins surrounding the embryo (the zona pellucida) to help the embryo hatch out and attach itself to the wall of the woman’s womb.

The study looked at 937,848 cycles of SET carried out in Japan between 2007 and 2014 and which were reported to the Japanese ART national registry. The researchers identified pregnancies arising from true zygotic splitting as those in which the number of foetuses exceeded the number of gestational sacs.

After SET using fresh or frozen and then thawed embryos, there were nearly 277,000 clinical pregnancies (29.5%), including 4310 twins (1.56% of pregnancies) and 109 triplets (0.04% of pregnancies). The prevalence of true zygotic splitting was 1.36% and the researchers found that, compared to singleton pregnancies, using frozen-thawed embryos increased the risk of zygotic splitting embryos by 34%, maturing the blastocysts in the lab for a few days before embryo transfer increased the risk by 79%, and assisted hatching by 21%.

“Blastocyst culture was associated with the highest risk of zygotic splitting out of the three risk factors we identified,” said Dr Keiji Kuroda, a co-author on the study. “Embryo selection using a computer-automated time-lapse image analysis test and transferring zygotes when they are just starting to divide may be solutions to decreasing the risk.

“However, it is important to point out that although the use of single embryo transfer has increased worldwide, the prevalence of zygotic splitting pregnancies has not. This may be because ART techniques, and also the cultures in which blastocysts are matured in the lab, have improved in recent years, reducing the stress on embryos and leading to a decrease in the risk of zygotic splitting. In fact, the risk of zygotic splitting from blastocyst culture was lower between 2010 and 2014 than between 2007 and 2014 — 79% and 120% respectively, although the reason for this is unknown. So there may be no need to avoid embryo manipulations, such as blastocyst culture, in order to select the single most viable embryo.”

Limitations of the study include the fact that the Japanese ART registry data regarding frozen-thawed embryo transfer did not include information about ovarian stimulation and fertilisation methods; information on assisted hatching was not included in the registry until 2010; the researchers had no way of validating if information submitted to the registry was correct; and the study is observational and so cannot prove that ART procedures cause zygotic splitting.

Nevertheless, Dr Kuroda suggested that clinicians “may want to consider whether they should counsel couples about the small increase in the risk of multiple pregnancies as a result of zygotic splitting associated with some embryo manipulations”.