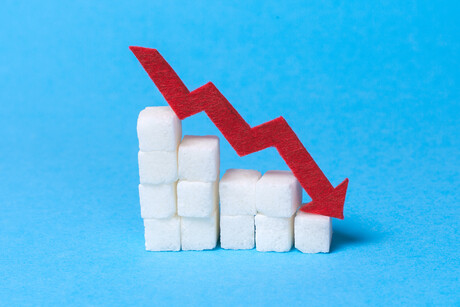 Researchers from Kobe University have discovered that metformin, the most widely prescribed antidiabetic drug globally, promotes the excretion of blood sugar from the large intestine into the stool — a mechanism that had never before been realised. Their findings have been published in the journal Diabetes Care.

Metformin, recommended as a first-line drug in many countries, is the most frequently prescribed medication for diabetes, having been in use for more than 60 years. Administration of metformin lowers blood sugar levels, but the mechanism behind this effect was previously not understood. Elucidation of this mechanism would contribute to the development of new and better diabetes drugs; metformin’s mode of action has thus been actively researched over the world.

One such method of research has involved the use of FDG-PET (fluorodeoxyglucose-positron emission tomography) — an imaging test to study where and how much FDG (a substance similar to sugar) is accumulated in the body after the administration of this substance through the vessels. Because FDG behaves in a similar way to sugar in the human body, FDG-PET can reveal organs or tissues that consume or accumulate large amounts of sugar.

FDG-PET is generally conducted with a device that integrates both PET and CT (computed tomography) imaging, allowing for the examination of locations where FDG has accumulated. A more recent device development involves the integration of PET and MRI (magnetic resonance imaging), using a strong magnetic field to examine bodily structures that cannot be analysed by CT. Only nine PET-MRI devices have been installed in Japan, one of which was taken advantage by the Kobe research team. 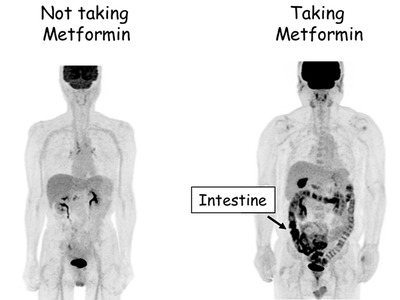 Interestingly, metformin appears to share characteristics with another antidiabetic drug, known as an SGLT2 inhibitor, which lowers blood sugar concentrations by excreting sugar in the urine. Taking a SGLT2 inhibitor results in the excretion of tens of grams of sugar per day; the Kobe researchers were unable to quantitatively evaluate how many grams of sugar were excreted in stool. The significance of the discovery will, however, be further confirmed by using a new imaging method that will enable the excreted sugar in the stool to be quantified.

Reduced-sugar chocolate: all about the ratios