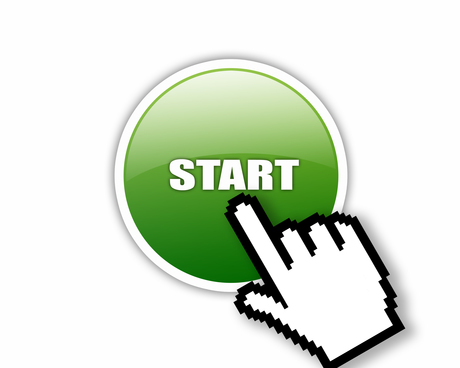 The life science sector is devoting a lot of attention to immunotherapy in cancer treatment. Citi Research Equities recently estimated that immunotherapy will become the treatment backbone for up to 60% of cancers over the next 10 years.

Melbourne-based Ascend Biopharmaceuticals is preparing to enter pivotal clinical trials for two cancer treatment candidates, a cancer vaccine and an oncolytic virus, and is well placed to capitalise on this immunotherapy momentum.

Ascend Biopharmaceuticals was founded out of Australia’s Austin Research Institute - now the Burnet Institute - in 2006. Leong was a founding investor and chairman of the company, and was appointed CEO around a year ago.

ASN-004 is a cancer vaccine which is designed to train the immune system to selectively destroy cancer cells by recognising tumour antigen MUC-1. The antigen is expressed in a wide variety of cancer types, but Ascend is initially planning to commercialise the vaccine in breast cancer.

Leong said the breast cancer focus is due to the development history of the product. The vaccine is based on work by then Austin Research Institute professor Ian McKenzie during the late ’80s and early ’90s. The work culminated in a study demonstrating encouraging results in early-stage breast cancer.

“When we saw the data we were very impressed,” Leong said. “We knew that we had to do a lot of work around moving what was an academic program into a bona fide commercial program, but there were sufficient tantalising clinical results in breast cancer that caused us to invest into the program.”

During the course of clinical development, which focused on ensuring the product is approvable by regulators, the company has discovered ways to make improvements to the original composition. “We were able to discover that there’s a way of improving the immunogenicity of the vaccine,” Leong said.

While the details are subject to change, Ascend plans to commence a phase Ib trial of ASN-004 in late 2014. The company aims to enrol 24 breast cancer patients. Leong said the company felt the need to go back to a phase Ib study because of the improvements made to the vaccine composition.

“We’re building a bridge with a new product that we believe will be acceptable to the regulators,” he said. “And that’s why we really need to [re-establish] basic safety and basic characteristics of the product.”

ASN-002 is an oncolytic virus designed to kill cancer cells through the release of interferon into tumour cells. Ascend has in-licensed the virus from French pharmaceutical company TransGene, and finally consummated this deal in June.

Ascend plans to trial the virus in BCC - a skin cancer - this year. Ascend has already identified three clinical sites and three “very enthusiastic” lead investigators for the BCC trial, Leong said. The company is also currently engaging with new contract manufacturers capable of growing with the company and working out the terms of contracts with CROs.

TransGene had originally studied the virus in cutaneous lymphoma and achieved good clinical results. But due to the rarity of the condition, investigators were struggling to recruit enough patients for a trial.

The company decided to explore ASN-002’s potential in other skin cancers and reasoned that Australia was a good place for a BCC trial. That’s when TransGene arranged to in-license the product to Ascend.

Ascend aims to get the BCC study underway in the next 6-8 months, Leong said. Clinical data from the cutaneous study shows that the composition is well tolerated, so the company is looking at conducting a phase IIa study.

“What we’re doing now is assessing whether we can get biological activity, and also show safety and get an understanding of the dosing regimen - whether it’s three injections or six injections,” Leong said.

The company aims to recruit at least 18 patients, but the trial will be designed to allow additional cohorts to be added, he said.

The choice of BCC as a target provides some key benefits for Ascend. For starters, BCC is very prevalent in Australia, meaning the company will have a large pool of patients to draw from. “In Victoria alone there are 30,000 cases a year,” Leong said. “And we’re looking for 18 patients.”

From a regulatory perspective, the barrier to approval is also lower, at least in the US, Leong said. The FCC typically uses overall survival time as the clinical measure for whether to be able to approve a cancer treatment, which can take 3-5 years to demonstrate in clinical trials.

But for BCC products, the regulators have previously used a metric called histological clearance. “You treat the cancer and you go back at the end of treatment and do a biopsy, and if there’s no more histological evidence of the cancer cell in the biopsy then it’s viewed as having cleared,” Leong said.

“And that is a tremendous difference in how long a trial will take. By virtue of that end-point, one can potentially complete a clinical trial in a third of the time or even less [compared to] an overall survival study.”

Early therapy can reduce likelihood of autism diagnosis in children

Why we need to support the hospital in the home services