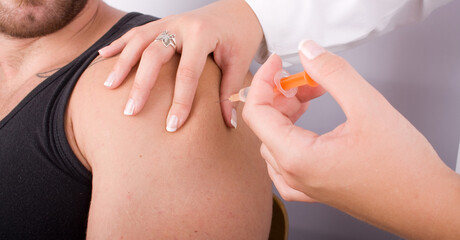 The rollout of a COVID-19 vaccine in Australia will be brought forward from March to February, with Prime Minister Scott Morrison saying the first groups are expected to receive a jab as early as the middle of next month.

The first vaccine to be rolled out will be from Pfizer/BioNTech, with TGA approval expected by the end of January. Approval for the University of Oxford/AstraZeneca vaccine is expected to follow in February, with the Novavax vaccine expected sometime in the first half of the year.

The Prime Minister said the first groups to receive the vaccine will be workers dealing with international arrivals and quarantine, frontline health workers, aged-care and disability workers, and those living in aged care or with a disability. He said he hopes to start the vaccination with 80,000 people a week, with the goal to have 4 million people vaccinated by the end of March.

Australian scientists have generally reacted positively to the news, with Professor Raina MacIntyre — Head of the Biosecurity Program at UNSW’s Kirby Institute — emphasising the need to protect those working at the border from new, more transmissable strains of SARS-Cov-2.

“It is critical we vaccinate everyone working at the international border with the best available vaccine — not just hotel quarantine staff, but also transport staff, aircrew, airport workers,” Prof MacIntyre said. “They are the most likely vectors of infection into the community — if they are well protected with the best vaccines, we can take a breath and wait for the broader community rollout.”

Prof MacIntyre did, however, note that border workers would be best protected with high-efficacy vaccines from Pfizer or Moderna, rather than from Oxford/AstraZeneca, saying the latter would “protect them against death and hospitalisation, but may not protect well against infection”.

“I do not believe the AstraZeneca vaccine, based on published Phase 3 trial results, will be efficacious enough for herd immunity,” she said.

“Phase 3 clinical trial data from international studies suggest that several vaccines, including the Pfizer mRNA-based vaccine and AstraZeneca adenovirus-based vaccine, protect against severe disease,” he said. “It remains unknown how effective these vaccines are at preventing transmission and reducing coronavirus in the community. However, statistical modelling efforts by Saad-Roy published in Science suggest that that vaccination may accelerate pandemic control even with imperfect vaccines and moderate vaccination rates.”

Professor Julie Leas, from the University of Sydney, meanwhile welcomed the prioritisation of certain groups but indicated concern about how the vaccine program would be coordinated.

“This is a large complex program which requires careful planning, coordination, a well-trained workforce and an informed public. There are important logistical issues to consider,” she said.

“The federal government should be more forthcoming about the details of how they are planning this program and coordinating with state governments, so the public can be confident in the way this program will be rolled out.

“We need to see much more proactive and frequent communication. Government may not yet have full knowledge of some aspects of the program prior to TGA approval, but what is known and planned now should be communicated in more detail.”

Finally, Professor Nikolai Petrovsky — Research Director at Vaxine, which is currently undertaking clinical trials of its own COVID-19 vaccine — voiced his concern that the new vaccines may be approved prematurely, saying such a move could have major negative public health ramifications.

“Australia currently has minimal domestic transmission of the virus and hence the benefits of use of novel vaccines in this context has questionable benefit versus the unquantifiable risks,” he said. “The absence of any data on the long-term effectiveness and safety of mRNA and viral vector vaccines makes any general approval of use of such vaccines questionable from a community safety standpoint.

“There remain major unanswered questions regarding the effectiveness of the mRNA and adenovirus vector vaccines. Currently there is no proof that any of these vaccines prevent virus transmission as opposed to just blocking symptoms of infection. Hence the risk is that such vaccines may just be making symptomatic infections asymptomatic. This is a major concern as the use of such vaccines in workers dealing with international arrivals and quarantine could have the paradoxical effect of increasing the risk of further quarantine outbreaks into the Australian population with an infected worker thereby going undetected due to the vaccine suppressing symptoms if infected.

“Similarly, disability workers and those living in aged care or with a disability are currently at low-to-no risk given the absence of community transmission. It is hard to justify immunising disability workers with vaccines that have unknown long-term efficacy or safety, given there is no evidence such vaccines are transmission blocking, which would be the only current major justification for their use in such individuals to prevent them passing on the virus to people in their care.

“It is very hard to justify even an EUA [Emergency Use Authorisation] of such vaccines in the context of the current situation in Australia, where instead it would seem to make more sense from a risk–benefit standpoint to continue to control any outbreak risks using proven quarantine, tracing and social isolation policies while awaiting stronger, longer-term efficacy and safety data to be obtained on these vaccines from their use elsewhere in the world.”

Prof Petrovsky said Vaxine is committed to the development of its recombinant protein-based COVID-19 vaccine approach, with the aim to not only reduce COVID-19 disease but also to block virus shedding and transmission, commenting that “a safe and effective transmission-blocking vaccine remains the only viable strategy to bring this pandemic to a rapid end”.