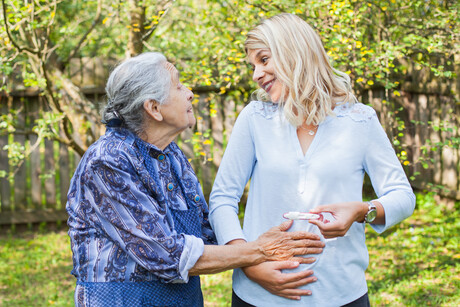 Metformin is the first-line treatment for most cases of type 2 diabetes and one of the most commonly prescribed medications worldwide, with millions of individuals using it to optimise their blood glucose levels. But it turns out the drug could have additional benefits for older people and pregnant women, as recently discovered by two separate studies.

Type 2 diabetes occurs when the body can no longer produce enough insulin to meet its needs, leaving affected individuals unable to maintain blood glucose levels within a normal range. This can lead to long-term health complications, including cognitive decline.

“As they age, people living with type 2 diabetes have a staggering 60% risk of developing dementia — a devastating condition that impacts thinking, behaviour, the ability to perform everyday tasks and the ability to maintain independence. This has immense personal, family, economic and societal impacts,” said Professor Katherine Samaras, from the Garvan Institute of Medical Research.

Prof Samaras and her colleagues investigated data from participants in the Sydney Memory and Ageing Study, conducted by the Centre for Healthy Brain Ageing (CHeBA) at UNSW Sydney. 123 study participants had type 2 diabetes, and 67 received metformin to lower blood sugar levels. The researchers tested cognitive function every two years, using detailed assessments that measured cognition over a number of capabilities, including memory, executive function, attention and speed, and language.

While the study suggests metformin may have cognitive benefits for people living with type 2 diabetes, the researchers say it may also benefit those at risk of cognitive decline more broadly. Prof Samaras explained, “While type 2 diabetes is thought to increase dementia risk by promoting degenerative pathways in the brain and nerves, these pathways also occur in others at risk of dementia and it is possible insulin resistance may be the mediator.

“To establish a definitive effect, we are now planning a large, randomised controlled trial of metformin in individuals at risk of dementia and assess their cognitive function over three years. This may translate to us being able to repurpose this cheap medication with a robust safety profile to assist in preventing against cognitive decline in older people.”

Professor Perminder Sachdev, senior author of the study and Co-Director of CHeBA, added, “While an observational study does not provide conclusive ‘proof’ that metformin is protective against dementia, it does encourage us to study this and other anti-diabetic treatments for dementia prevention. Metformin has even been suggested to be anti-ageing. The intriguing question is whether metformin is helpful ... in those with normal glucose metabolism. More work is clearly needed.”

A separate study, conducted by Canadian and Australian researchers, has meanwhile found that metformin may offer a range of health benefits for women with type 2 diabetes should they become pregnant. As explained by lead researcher Professor Denice Feig, from the Lunenfeld-Tanenbaum Research Institute and Mount Sinai Hospital, women with type 2 diabetes often take metformin prior to pregnancy; however, once pregnant, there is little evidence to guide their decision to either stop or continue use of the drug.

The ‘Metformin in women with Type 2 diabetes in pregnancy’ (MiTy) trial, led by Sinai Health, tested the effects of metformin in pregnant women. 502 pregnant women with Type 2 diabetes from 29 centres in Canada and Australia participated in the randomised study, with the women taking either metformin or a placebo in addition to their usual insulin regimen.

The findings, published in The Lancet Diabetes and Endocrinology, indicate that women who took metformin during their pregnancy were more likely to experience a range of health benefits, including:

The study also showed infants of mothers taking metformin weighed 210 grams less than the average. This is despite diabetes in the mother being a common cause of babies who are large for their gestational age.

Professor David Simmons from Western Sydney University led the Australian component of the study, which tracked 24 women across four centres in Brisbane and Sydney. He said, “We know that metformin is a safe drug to use when becoming pregnant, which helps to ensure that women conceive with a good healthy blood glucose that will not harm their baby. But, thus far, we have been unsure if women should stop taking the metformin once they become pregnant.

“This study provides good news for Australian women, who can be comfortable that metformin has now been shown to be a helpful drug during the pregnancy. Lower insulin requirements also mean that women can sometimes avoid extra daily injections, which is another positive.”

The next step for the researchers is to look at the long-term effects of metformin on infants, in the latest phase of the study referred to as ‘MiTy Kids’. As noted by Prof Simmons, “It was expected to find that management using metformin can lead to smaller babies and this happened in about one in eight women.

“In our clinical practice, we had already decided that if there is a risk of a small baby — for example, in the case of twins — then we avoid using metformin. But more research is needed to understand if there are any long-term impacts on the infants into the future.”

Prof Feig added, “Infants should be monitored closely while in utero to see if they are gaining enough weight. If infants are growing too small, they may need to stop the drug.”