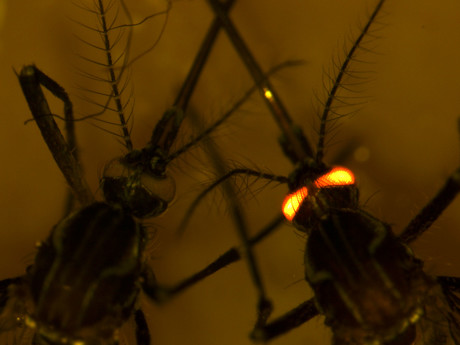 Australian, US and Taiwanese scientists have engineered what is claimed to be the first breed of genetically modified mosquitoes resistant to spreading all four types of the dengue virus (DENV) — a breakthrough that is likely to be crucial for effective disease suppression.

Dengue is a mosquito-borne viral disease that represents a pressing global problem, infecting up to 390 million people every year via Aedes aegypti mosquitoes. Typical symptoms include fever, headaches and muscle aches, with severe forms of the disease (around 1% of cases) leading to haemorrhage, shock and even death.

CSIRO Senior Research Scientist Dr Prasad Paradkar said the dengue virus is causing an epidemic in tropical and subtropical regions worldwide, with large outbreaks currently occurring in Bangladesh, Pakistan, Sri Lanka and the Philippines. Indeed, incidences of dengue have increased dramatically in recent years, with more than half of the world’s population at risk of infection and global economic losses estimated to be $40 billion a year.

“There is a pressing global demand for effective strategies to control the mosquitoes that spread the dengue virus, as there are currently no known treatments and the vaccine that is available is only partially effective,” Dr Paradkar said.

Recent advances in genetic engineering technologies have made it possible to create mosquitoes with reduced vector competence, limiting their ability to acquire and transmit pathogens. Indeed, there have been previous attempts to synthetically engineer dengue-carrying mosquito populations to make them resistant to the virus; however, these approaches had limited success due to their ability to only target one or two of the four major dengue types.

In the latest study, published in the journal PLOS Pathogens, the authors describe the development of the first A. aegypti mosquitoes synthetically engineered to be resistant to all types of DENV. The mosquitoes were tested in the quarantined insectary at the Australian Animal Health Laboratory — CSIRO’s national biocontainment facility, designed to allow scientific research into dangerous infectious agents.

The mosquitoes express a gene encoding an engineered single-chain variable fragment (scFv) derived from a broadly neutralising DENV human monoclonal antibody. Mosquitoes expressing the anti-DENV scFv cannot be infected with or transmit any of the four types of DENV, so they should not be able to transmit the virus to humans. 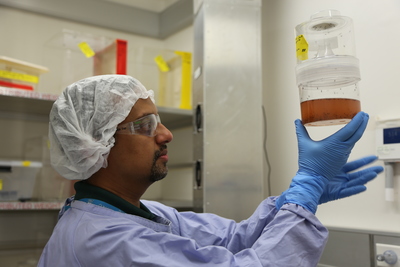 These results provide a compelling route for developing effective genetic-based DENV control strategies, which could be extended to curtail related viruses. According to the authors, this strategy could be coupled with a gene-drive system to rapidly convert wild mosquito populations into genetically modified mosquitoes that would be completely resistant to DENV transmission.

“The most important aspect of this study is the fact that we engineered mosquitoes to be refractory to all major serotypes of dengue virus,” said study co-author Associate Professor Omar Akbari, from the University of California, San Diego. “This may serve as a genetic tool to control dengue in the wild in the future.

“This breakthrough work also has the potential to have broader impacts on controlling other mosquito-transmitted viruses,” he said. “We are already in the early stages of testing methods to simultaneously neutralise mosquitoes against dengue and a suite of other viruses such as Zika, yellow fever and chikungunya.”

The publication of the study comes shortly after another international team of scientists reported their own way to block the transmission of dengue virus, in trials carried out in Malaysia — a country where over 100,000 dengue cases were reported in 2016. Their breakthrough has major implications for countries with hot climates — from island nations in the South Pacific to Saudi Arabia, Africa and South America — all of which experience dengue, Zika, yellow fever and chikungunya.

Using a strain of the bacteria Wolbachia, which inhibit mosquitoes from transmitting viruses to humans, researchers at the University of Melbourne, the University of Glasgow and Malaysia’s Institute for Medical Research were able to successfully reduce cases of dengue at sites in Kuala Lumpur. Their data, published in the journal Current Biology, shows that mosquitoes carrying the wAlbB strain of Wolbachia, when released into the wild, had the effect of reducing the incidence of dengue cases by 40%. 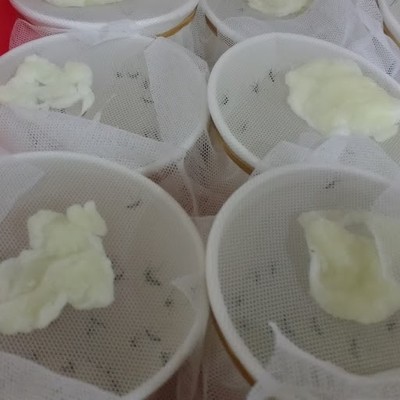 Previously, scientists have carried out successful mosquito releases using a different strain of the Wolbachia bacteria, but while this strain was able to invade wild populations in some conditions, it did not appear to be suitable for use in the very hot conditions experienced in equatorial countries such as Malaysia. Now, the international team has shown that the wAlbB strain of Wolbachia is stable and effective, even in daily peak temperatures of 36°C and higher, as commonly experienced in areas of Malaysia where dengue is prevalent.

Researchers released batches of A. aegypti mosquitoes carrying the wAlbB strain of Wolbachia into the wild, in six different sites in greater Kuala Lumpur with high levels of dengue transmission. The Wolbachia-carrying mosquitoes — both male and female — then went on to mate with the wild mosquito population, resulting in the spread and establishment of the virus-inhibiting bacteria.

In some sites, Wolbachia-carrying mosquitoes were measured at over 90% frequency more than a year after the mosquito releases ended. The success of lowering dengue cases at these sites has led to a cessation of insecticide fogging in these areas, highlighting both the environmental and economic benefits of this method.

“This study provides us with a new Wolbachia strain for field release and highlights disease impact within a complex urban setting where dengue incidence rates are high,” said Professor Ary Hoffmann, from the University of Melbourne. “The intervention succeeded despite ongoing pesticide applications and other challenges that can make it hard for the Wolbachia to become established. The approach holds promise not only in Malaysia but also in other countries.”

Professor Steven Sinkins, from the MRC-University of Glasgow Centre for Virus Research, said the breakthrough is promising news for countries that endure mosquito-borne diseases. He noted, “The next step is to deploy this strain in more and larger sites, but we are now confident that this will become an effective way to control dengue on a large scale.”

Top image caption: Dengue-resistant mosquitoes were give a red-eye gene to distinguish them from regular mosquitoes.