Melbourne researchers on the cusp of treating MND 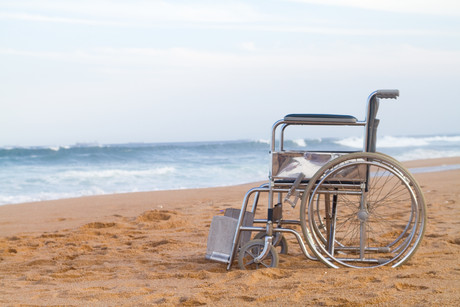 Five years after the Ice Bucket Challenge went viral raising awareness of motor neurone disease, Melbourne-based scientists are trialling what could potentially be the most effective treatment for the disease developed so far.

Motor neurone disease (MND), also known as amyotrophic lateral sclerosis (ALS), is a progressive, fatal neurodegenerative disease that kills those cells in the central nervous system that convey signals from the brain to muscles throughout the body. This results in muscle weakness, paralysis and death, typically of respiratory failure, within three years of diagnosis. Peak age of onset is roughly 60 years, but the disease can affect people both older and younger than this.

With MND currently affecting 2000 people in Australia and incidence appearing to be increasing, there is an urgent need for more effective drugs to treat the disease. This is particularly critical given that the drug most prescribed to MND patients, Riluzole, has been shown to perform only slightly better than a placebo in clinical trials, in terms of holding off the worst aspects of the disease. And with adverse effects of the drug including nausea and dizziness, Assoc Prof Crouch said it’s not uncommon for people to stop taking it altogether.

This could all be about to change, thanks to a new drug candidate called CuATSM. It’s the result of a long journey for Assoc Prof Crouch and his colleagues, one of whom is Associate Professor Kevin Barnham from the Florey Institute of Neuroscience and Mental Health.

According to Assoc Prof Barnham, the story of CuATSM actually begins back in 2001, with a different drug developed for a different disease. He and his colleagues had created the drug candidate known as PBT2 for Alzheimer’s disease and were getting good Phase 2 data from trials. But when the researchers attempted to come up with the second generation, they couldn’t do it, because it turned out the drug wasn’t working the way they thought it was — it was doing something else.

Through discussions with Associate Professor Anthony White, with whom he was sharing an office at the time, Assoc Prof Barnham hypothesised that PBT2 was attracting metals. Seeking a compound to test this hypothesis, the colleagues were introduced to Professor Paul Donnelly, who was at the time working with two imaging agents for hypoxia in cancer — CuATSM and CuGTSM, a very close analogue. Significantly, these compounds were able to cross the blood-brain barrier — one of the major hurdles when treating neurological diseases.

Both compounds were employed as part of the researchers’ experiments — CuGTSM to deliver copper into the brain and CuATSM as the control. And according to Assoc Prof Barnham, the experiments worked perfectly — when tested in mouse models of Alzheimer’s disease, CuGTSM was able to successfully deliver the copper and rescue a memory function, and CuATSM didn’t.

It was only afterwards that Prof Donnelly mentioned the fact that CuATSM reportedly had antioxidant properties. “That immediately sparked my interest,” Assoc Prof Barnham said, noting that oxidative stress is “a prominent feature of neurodegenerative diseases”.

“So we end up with a chicken-and-egg-type question: does the oxidative stress drive the disease forward, or is it just reporting what’s happening in the disease? And there is really only one way to test that. Basically you take a disease model, you put something that ameliorates or stops the oxidative stress, and see if that stops the disease from progressing. And so when Paul said to me that this compound may have some antioxidant properties, my immediate reaction was, well let’s get this thing into an animal model as quickly as we can.”

Looking to test their theory in Parkinson’s disease and ALS, the researchers approached David Finkelstein, a resident expert in Parkinson’s disease animal models, and Qiao Xin Li, who at the time had a large colony of ALS animal models, and asked for their assistance. Both accepted, agreeing to use their own resources to test an unfunded idea that had no preliminary data behind it — something that Assoc Prof Barnham said would be unthinkable nowadays.

Once the trials began, it was clear that CuATSM had a significant effect on mouse models of MND. This was particularly clear in what’s known as the rotarod test, whereby a mouse is placed on a rotating rod above the ground. A healthy mouse will be able to stay on top of the rod, while a mouse with MND will lose control and slide off.

“Now as per people with motor neurone disease, these animals will also die prematurely. If you give them no drug, they die at a relatively young age of 200 days — for these mice, it’s the equivalent of a human being at about 40 years of age. You give them a little bit of the drug, they survive more. More drug, they survive even further. So this is exactly what we want to see in a drug for motor neurone disease — a therapeutic effect in terms of motor function, but also an extension in survival.”

Incredibly, the results showed that CuATSM performed better than Riluzole, in terms of both motor function and survival. This protective effect continued even after the researchers adopted the criteria set by the international motor neurone disease community as the bar for testing drugs in MND model mice, and again after they asked research groups in other countries to carry out the same studies on their behalf.

Eventually, CuATSM made its way to the ALS Therapy Development Institute (ALSTDI) — a self-described watchdog that has been testing every single drug candidate put forth for MND. According to Assoc Prof Crouch, “For every drug that they’ve tested, they have not been able to reproduce those responses, the positive responses. That includes Riluzole. Until they tested our drug.”

“This drug is working like a charm,” added Assoc Prof Barnham. “It’s robust, it’s reproducible, we’ve actually gone back and backfilled some of the data to show that the compound does truly rescue oxidative stress environment. One of the oxidatively reactive molecules is peroxynitrate — it nitrates proteins, and it’s an unstable molecule that decays. But in the presence of an increasing dose of the drug, it decays faster. So this toxic metabolite decays much faster, and we can show a dose-dependent reduction in the nitration of that protein.”

The data was so compelling that the researchers decided to move the compound forward as a potential drug — a decision that saw them meet with Sean Lumb from the University of Melbourne’s business development office. The university initially agreed to pay for a 12-month provisional patent, but Lumb convinced them to pay for the next phase of IP as well — which was just as well, as the researchers were having difficulty finding a commercial partner. It was only after gaining a new fan in the form of US haematologist Dr Craig Rosenfeld, who went on to found pharmaceutical group Collaborative Medicinal Development (CMD), that they were able to cross the dreaded Valley of Death.

The researchers have now conducted a Phase 1 dose-finding trial of CuATSM in human patients, designed to make sure the drug candidate is safe. But even in this small-scale trial of 32 patients, conducted over 24 weeks, the researchers could not help but notice that those given the highest amount of the compound showed improved lung function and cognitive ability, compared to the predicted declines observed in standard-of-care patients. Furthermore, treated patients showed a much slower overall disease progression as measured by a global disability score.

“This is the first human evidence for a disease-modifying drug for motor neurone disease,” said Professor Ashley Bush, Chief Scientific Officer of CMD and Director of the Melbourne Dementia Research Centre.

Having extended the Phase 1 trial to examine the longer-term results, the researchers are now planning enrolment for a larger, randomised, placebo-controlled double-blind Phase 2 trial in the latter half of 2019 — hopefully to be followed by a Phase 3 trial if all goes well. They are also pursuing a similar study in Parkinson’s disease, though Assoc Prof Barnham admits that it is harder to measure changes in this disease as it is slower to progress.

“When I first got involved in this, Parkinson’s disease was the initial target,” he noted. “The motor neurone stuff has taken on a life of its own, for a variety of different reasons — mostly around the Ice Bucket Challenge.”

The researchers acknowledge that there’s still a long way to go, and a lot that can still potentially go wrong. But they are also excited to have created the first Australian-developed drug candidate for MND that has gone into clinical testing, and look forward to confirming their results in future trials.