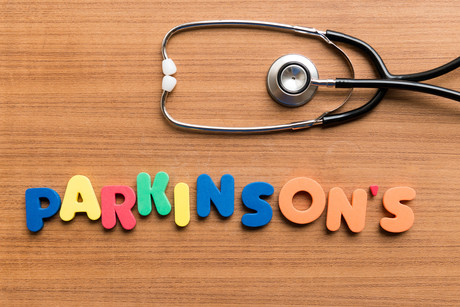 Two recent studies have provided new hope for patients with Parkinson’s disease (PD), offering potential strategies for predicting the disease’s progression as well as bringing it to a halt.

In order to provide the best medical care for newly diagnosed PD patients, a method of predicting their cognitive and motor progression, beyond using purely clinical parameters, would have major implications for their management. UK scientists, writing in the Journal of Parkinson’s Disease, have now suggested that a blood test for inflammatory and cell senescence biomarkers may be a reliable predictor of cognitive decline, including identifying those who will develop an early dementia and motor progression.

Researchers analysed whether markers of cellular senescence, such as telomere length (TL), p16 and p21 expression, as well as inflammatory markers in blood samples taken close to diagnosis, can be predictive of cognitive and motor progression of the disease over the next 36 months. Mean leukocyte TL and the expression of senescence markers p21 and p16 were measured at two time points (baseline and 18 months). Investigators also selected five inflammatory markers from existing baseline data.

The study demonstrated that PD patients had shorter telomeres at baseline and 18 months later compared to age-matched healthy controls. Those PD patients, who had developed dementia after three years, also had significantly shorter telomeres compared to individuals who were dementia-free at this time. Baseline p16 levels were associated with faster rates of motor and cognitive decline over 36 months, while a simple inflammatory summary score at baseline best predicted cognitive score 36 months later in PD patients.

“The development of suitable blood-based biomarkers to predict outcomes is important for neurodegenerative diseases such as PD, which progress over many years,” Dr Saretzki noted. “The markers that we have identified need to be validated in further studies but could ultimately help with planning more targeted management for patients earlier in their disease course. Furthermore, a better understanding of the biological changes that predict disease course has implications for possible future therapies for the disease.”

Meanwhile, researchers from the University of Helsinki have discovered a promising molecule, called BT13, that has the potential to both boost levels of dopamine — the chemical that is lost in PD — as well as protect the dopamine-producing brain cells from dying. Their study, published in the journal Movement Disorders and co-funded by Parkinson’s UK, suggests that BT13 could have the potential to lead to a new drug treatment that can slow, stop or even reverse the loss of brain cells in PD.

Typically, by the time people are diagnosed with PD, they have already lost 70–80% of their dopamine-producing cells, which are involved in coordinating movement. Current treatments mask the symptoms, but there is nothing that can slow down its progression or prevent more brain cells from being lost. As dopamine levels continue to fall, symptoms get worse and new symptoms can appear.

Now, scientists have found that treatment with BT13 showed an increase in dopamine levels in the brains of mice. The molecules also activated a specific receptor in the mouse brains to protect the cells. The researchers are now working on improving the properties of BT13 to make it more effective as a potential treatment.

“We are constantly working on improving the effectiveness of BT13 and we are now testing a series of similar BT13 compounds,” said Dr Yulia Sidorova, lead researcher on the study. “Our ultimate goal is to progress these compounds to clinical trials.”

The team’s study builds on previous research on another molecule that targets the same receptors in the brain, glial cell line-derived neurotrophic factor (GDNF), an experimental treatment for PD which was the subject of a major clinical trial funded by Parkinson’s UK. But whereas the GDNF protein requires complex surgery to deliver the treatment to the brain because it is a large molecule, BT13 is a smaller molecule and could thus be more easily administered as a treatment.

“People with Parkinson’s desperately need a new treatment that can stop the condition in its tracks, instead of just masking the symptoms,” said Professor David Dexter, Deputy Director of Research at Parkinson’s UK.

“One of the biggest challenges for Parkinson’s research is how to get drugs past the blood-brain barrier, so the exciting discovery of BT13 has opened up a new avenue for research to explore.”