Russia approves COVID-19 vaccine — but is it safe? 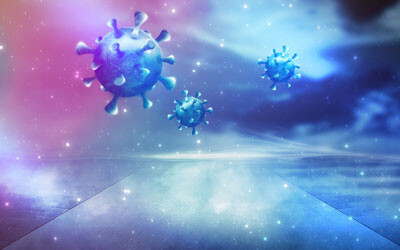 Russian President Valdimir Putin has made the extraordinary announcement that his country has become the first in the world to grant regulatory approval to a COVID-19 vaccine — a move that has been hailed by Moscow but alarmed scientists internationally due to a lack of published data combined with an insufficiently small-scale testing process.

Developed by the Gamaleya Research Institute of Epidemiology and Microbiology and named Sputnik V, the vaccine reportedly uses the common cold-causing adenovirus, which has been modified to carry genes for the ‘spike’ protein that coats SARS-Cov-2, as a way to prime the body to recognise if a real COVID-19 infection comes along. This is similar to vaccines being developed by CanSino Biologics in China and the University of Oxford and AstraZeneca in the UK.

“I know that it’s quite efficient and forms stable immunity,” Putin said. “And I’d like to repeat that it has passed all necessary tests.”

Russia’s Ministry of Health said in a statement that the vaccine is expected to provide immunity from the coronavirus for up to two years, citing prior experience of using vector vaccines with the two-shot scheme of administration. This is despite the fact that no scientific data on the vaccine has yet been published and that it been tested in only 76 people, in trials that have lasted less than two months — with one of Putin’s own daughters claimed to be among the test subjects.

“She has taken part in the experiment,” the President said, admitting that his daughter experienced minor side effects but is now “feeling well and has high number of antibodies”.

A Phase 3 trial is reportedly set to start imminently, according to Kirill Dmitriev, Chief Executive of the Russian Direct Investment Fund, and will involve several thousand people from countries including the UAE, Saudi Arabia, the Philippines and possibly Brazil. Such trials are normally considered essential precursors for a vaccine to receive regulatory approval.

The registration certificate issued by the Ministry of Health indicates that the vaccine may now be given to a small number of citizens from vulnerable groups, with medical workers, teachers and other high-risk groups set to be the first to undergo vaccination. The certificate indicates that wider distribution may take place from 1 January 2021.

So how have Australian scientists reacted to the news? Professor Magdalena Plebanski, a leading expert in vaccine development from RMIT University, said it was positive to learn that the vaccine was based on the adenovirus strategy, but that concerns remain.

“For example, if the initial small trials were only done in healthy adults, how would this vaccine protect and affect older adults, who have a different immune system from younger adults? Or how could it affect potentially vulnerable groups with already overactive immune systems, such as people with a predisposition to asthma or other respiratory inflammatory diseases? Rolling out a vaccine to everybody without additional tests is risky,” she said.

“Moreover, it’s one thing to find antibodies present in blood; it’s another thing completely to know that they protect against the virus in the body. In-depth immunological studies on what exactly on the virus these antibodies recognise, and once they recognise the virus, how they signal the rest of the immune system to eliminate it — as this can be in very safe or less safe ways — could also provide some reassurance. It is unclear if such data exists.”

Professor Nikolai Petrovsky has more experience in the area of COVID-19 vaccines than most, with his company, Vaxine, having begun a Phase 1 trial of its own COVID-19 vaccine just last month. According to him, “A general marketing authorisation that would allow a vaccine to be used indiscriminately across entire populations of hundreds of millions of people should never be issued without first confirming safety and effectiveness in each specific population in which it is going to be used. This would generally require a large Phase 3 clinical trial with completely open recruitment, ie, no exclusions, or a series of large Phase 2 trials looking at each specific population.

“This is not to say that a vaccine should not be used more widely prior to completion of Phase 3 trials, just that a marketing authorisation should not be issued until after the Phase 3 trials. The other mechanisms that could be used in advance would be emergency use authorisation, which specifies the exact circumstances in which a vaccine can be legitimately used outside of a formal clinical trial, such as to target specific outbreaks or to provide access to medical staff at the front line. The benefit of emergency use authorisation is that it can be easily suspended at any time if, for example, excess adverse events were to be seen.

“We can only hope that Russian authorities have the sense to impose tight restrictions on their vaccine’s use, as otherwise this vaccine could cause serious harm — not just to those who receive the vaccine, but to COVID-19 vaccine programs more generally.”

Dr Roger Lord, a lecturer at the Australian Catholic University, concluded, “Russia’s move to large-scale manufacture before Phase 3 trials have been completed has been described as reckless and unethical and may represent a mixture of anxiety and desperation to control an increasing number of cases and deaths caused by SARS-CoV-2. Conversely, marketing the vaccine as Sputnik V does suggest a propaganda exercise at a time when results are being reported for other vaccine candidates which are in more advanced stages of development, such as the Oxford vaccine.

“President Putin has indicated the Russian vaccine is safe following inoculation of one of his daughters, but this is akin to President Trump claiming hydroxychloroquine is safe because of personal use and despite warnings from the FDA. Clinical trial data for the Russian vaccine is not available for scrutiny, so it is difficult to verify claims of safety or possible adverse effects and [I] suspect more harm will come from this approach than progress to control SARS-CoV-2.”