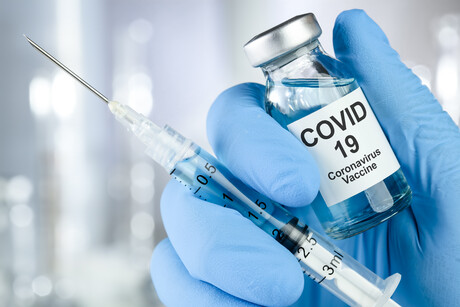 Hot on the heels of Pfizer and BioNTech’s SARS-CoV-2 vaccine candidate, which was this week claimed to be more than 90% effective in preventing COVID-19 in those without prior evidence of infection, Russia has announced that its own candidate — Sputnik V — has demonstrated even higher efficacy of 92%.

Sputnik V was officially registered by the Russian Ministry of Health under emergency use authorisation on 11 August, making it the world’s first registered vaccine for SARS-Cov-2. It is said to be based on a well-studied human adenoviral vector platform that had proven safe and effective, with no long-term side effects, in more than 250 clinical trials conducted during the past two decades. Adenovirus vectors are genetically modified viruses of the regular flu that cannot reproduce in a human body.

When Sputnik V is used, the coronavirus itself does not enter the body as the vaccine only contains genetic information about part of its outer protein coat; the so-called ‘spikes’ forming its crown. This eliminates the possibility of getting infected as a result of vaccination while also causing the body’s stable immune response. The vaccine is also said to be unique in using two different human adenoviral vectors, providing a strong and long-term immune response after the second injection.

Like Pfizer and BioNTech, Russia’s vaccine results are based on interim data from Phase 3 clinical trials. The double-blind, randomised, placebo-controlled trials included 40,000 volunteers, over 20,000 of whom have been vaccinated with the first dose of the vaccine and 16,000 with both the first and second doses of the vaccine. The trials evaluated efficacy among those who received the vaccine or placebo 21 days after the first injection.

As a result of a statistical analysis of 20 confirmed cases of coronavirus, the case split between vaccinated individuals and those who received the placebo indicates that Sputnik V has an efficacy rate of 92% after the second dose. Civil use of the vaccine in 10,000 volunteers from the ‘red zones’ of Russian hospitals (ie, not part of clinical trials), representing medics and other high-risk groups, was meanwhile said to confirm an efficacy rate of over 90%.

No unexpected adverse events were identified as part of the research. Some of those vaccinated had short-term minor adverse events, such as pain at the injection site and flu-like symptoms including fever, weakness, fatigue and headache. Observation of study participants will continue for six months, after which the final report will be presented.

Sputnik V Phase 3 clinical trials remain underway in Belarus, the UAE, Venezuela and other countries, as well as Phase 2/3 trials in India. A separate detailed study of the vaccine’s safety and immunogenicity for elderly people is also being conducted. The research data will be provided by the Russian Direct Investment Fund (RDIF) to the national regulators of countries interested in purchasing the vaccine in order to streamline the registration process.

Requests for more than 1.2 billion doses of Sputnik V have already come from over 50 countries, with the existing RDIF contracts with international partners set to enable the production of 500 million doses outside Russia annually. RDIF is now considering additional requests from a number of countries and companies to further increase its foreign production capacities.

Australia has not yet sought access to the Russian vaccine, with the government so far relying on agreements with Pfizer and BioNTech, Novavax, the University of Oxford and AstraZeneca, and The University of Queensland (UQ) and CSL (Seqirus). Indeed, Minister for Health Greg Hunt today revealed that Phase 1 trials for the vaccine candidate UQ-CSL V451 have so far yielded promising results.

Having met today with Professor Paul Young and his team at UQ, Hunt passed on reports that progress on the vaccine candidate is “very, very promising — that the early data is that it’s safe … and that it’s doing the job; it’s producing what’s called a positive anti-antibody response”.

“It’s doing the job, and in particular for the elderly it’s shown to be effective, and I think this is immensely heartening and important news for Australia,” he said.

Multiple doses of UQ-CSL V451 have already been manufactured by CSL and are being held in readiness to progress the vaccine to Phase 2b/3 clinical trials, once Phase 1 data has been fully released and analysed. Should these trials prove successful, Hunt said the vaccine could be ready by Q3 2021 — some months after Pfizer and BioNTech’s projected rollout date of March — making him optimistic that every Australian will have the opportunity for vaccination by the end of 2021.