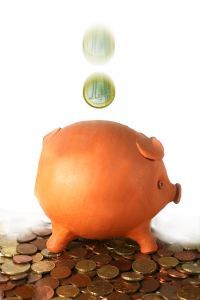 Sydney-based Regeneus has just demonstrated that there is strong interest among investors and the medical sector in regenerative medicine and cell-based therapy.

The company went public last month in the first Australian biotech IPO since 2011, raising $500,000 above its $10 million target.

Regeneus Executive Chairman John Martin said the company was pleased with the reaction of the fully subscribed IPO. The response indicates the time was right. “We felt as though the market opportunity was there; we also thought that the story was strong enough, we saw the demand, and we think that regenerative medicine and cellular therapy is an area where people are interested.”

He said Regeneus had first planned to go public at around May 2012, but the combination of the hiccups with the Facebook IPO and the Greek debt crisis made it seem unwise to pursue a primary raising at that time.

“It just really didn’t make any sense at all. And history shows it was wise for us to wait. We waited a bit more than a year and we were able to find the conditions being much more receptive.”

Regeneus may be new as a public company but its history dates back to late 2007. It was founded by a group of science entrepreneurs with a history at Macquarie University. The scientists came together to explore the potential of developing treatments based on stem cells and other regenerative cells in adipose (fat) tissue.

A core Regeneus product is HiQCell, an autologous point-of-care therapy which is already in use in Australia for osteoarthritis and other musculoskeletal conditions.

HiQCell therapy involves medicos - usually sports specialists or orthopaedic surgeons - harvesting fat tissue from patients. Regeneus uses this as a source of preparing the treatment in-clinic, using a process taking around 60 minutes, and provides a cell therapy that can delivered as an intra-articular injection.

The big advantage of this approach from a regulatory perspective is that treatments derived from a patient’s own tissue and minimally processed do not require TGA approval, as they are technically surgical procedures rather than drugs.

HiQCell has already been used in Australia to treat musculoskeletal conditions for over 350 people, Martin said. And it’s not just Australia that has these types of regulatory exemptions.

“There are a number of other countries that have a similar regime, countries like, for example, Japan, Singapore, the UK and other parts of Europe ... Canada, South Korea, I can go on,” he said.

Of course, just because the company does not need to pursue regulatory approval, it is still important for the company to generate clinical trial data it can present to potential clients. To that end, Regeneus recently conducted a 20-patient trial involving use of the HiQCell therapy in human knee osteoarthritis.

The Osteoarthritis Stem Cell Advanced Research Study (OSCARS) was primarily a safety and efficacy study, but one of the aims was to analyse fluids for potential biomarkers.

Regeneus published biomarker data from the trial this week. They show that HiQCell has a statistically significant impact on levels of CTX-II, an important cartilage breakdown molecule and Macrophage migration inhibitory factor (MIF), another key marker of inflammation and osteoarthritis.

“That biomarker data was pretty interesting from our perspective. For a lot of people, the reason why they go and get treated is because they’re in pain, and this therapy has proved to be a good pain manager, which is one of the anti-inflammatory benefits,” Martin said.

“But a lot of medicos want to know what’s happening inside the joint. This is the first time that we’ve been able to get good clinical data on a placebo and a treatment group, showing what’s going on with the biomarkers.”

HiQCell is not the only iron in Regeneus’s fire. The company is also engaged in a wide-ranging field trial for Cryoshot, another cell therapy for osteoarthritis and other joint conditions. Unlike HiQCell, Cryoshot is an allogenic product - meaning it is derived from cells of a different individual of the same species - and is being developed for the veterinary market.

“The reason why we developed Cryoshot is that vets were saying, ‘we like cell therapy but we need a simple product that comes off the shelf that costs us two or three hundred dollars’. We just met the market demand there,” Martin said.

“We’ve learned to build an off-the-shelf product; we have over 2000 vials that have been used in the field trials.”

The company will use data from the trials as part of a dossier for an FDA-approved trial that it hopes to be able to commence this financial year, he said. The company is seeking FDA registration for canine arthritis.

Regeneus has a human product based on the same technology platform in pre-clinical trials and is preparing it for a safety study in Australia.

“We see that as a sort of next-generation product, which will clearly be cheaper and more available than an autologous in-clinic product,” Martin said. “It will take a number of years before that becomes available because it has to pass through the safety and efficacy framework. But we believe there is a market for that sort of product ultimately for a range of musculoskeletal and other inflammatory conditions.”

Regeneus also has another technology platform, based on a significant discovery about the biological mechanism behind stem cells - that the clinical factor for how they operate appears to be based on their cytokine secretions rather than what they differentiate into.

“What we discovered was if you harvest secretions from the cells they also have a limited-life, anti-inflammatory regenerative effect. Cells are very delicate things. But once you get the cytokines, they can be freeze-dried, they’re very stable, you can fit them in a cream,” Martin said.

This platform has potential applications in wounds, burns, acne or other skin conditions that can be treated with a cream.

On top of its own development pipeline, Regeneus also has a relationship with the Kolling Institute of Medical Research, a JV between Sydney University and North Shore Hospital. They have developed a cancer vaccine for dogs, which is autologous, so it fits well with Regeneus’s model.

Regeneus has the global veterinary rights to the vaccine and also has an option covering the human rights.

Given Regeneus’s impressive pipeline, it’s unsurprising that Martin considers the company to be “very product-focused. We’re not just seeking to take a molecule through to be bought by big pharma,” he said.

“We’re very much about developing products, servicing markets, building a reputation and the brand ... We generate revenues today from stem cell-related technology products, so we’re a little bit novel.”

Reduced-sugar chocolate: all about the ratios