Target these risk factors to prevent or delay dementia 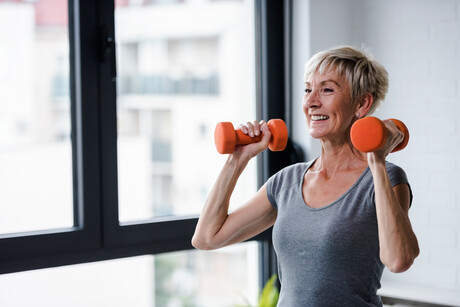 Around 40% of dementia cases could be delayed or prevented by modifying 12 risk factors over a person’s lifetime, according to an update to the Lancet Commission on dementia prevention, intervention and care.

Worldwide around 50 million people live with dementia, and this number is projected to increase to 152 million by 2050, rising particularly in low- and middle-income countries (LMIC). In certain countries, however, the proportion of older people with dementia has fallen — probably due to improvements in education, nutrition, health care and lifestyle changes — demonstrating the possibility of reducing dementia through preventative measures.

Now an international research team has updated the Lancet Commission to include three more risk factors: excessive alcohol consumption, traumatic brain injury and air pollution. Combined, the three new risk factors are associated with 6% of all dementia cases — with an estimated 3% of cases attributable to head injuries in mid-life, 1% of cases to excessive alcohol consumption (of more than 21 units per week) in mid-life and 2% to exposure to air pollution in later life.

To address dementia risk, the authors call for nine ambitious recommendations to be undertaken by policymakers and by individuals:

These actions are said to be especially important in LMICs, where dementia rates are rising more rapidly than in high-income countries. This is a result of increasing life expectancy and a higher frequency of certain dementia risk factors, such as lower rates of education; high rates of hypertension, obesity and hearing loss; and rapidly growing rates of diabetes. The authors therefore estimate that many more cases of dementia could be prevented in LMICs compared to globally.

“In low- and middle-income countries, the higher prevalence of dementia risk factors means an even greater proportion of dementia is potentially preventable than in higher-income countries,” said report co-author Professor Adesola Ogunniyi, from Nigeria’s University of Ibadan.

“In this context, national policies addressing dementia risk factors, like primary and secondary education for all and stopping smoking policies, might have the potential for large reductions in dementia and should be prioritised. We also need more dementia research coming from low- and middle-income countries, so we can better understand the risks particular to these settings.”

The reveal of these risk factors and recommendations coincides with the launch of the Women Alzheimer’s Movement Prevention Center at Cleveland Clinic in the United States — a clinic for women in their 30s to 60s who are looking to change their lifestyle to support their brain health now and into the future.

The clinic comes under the direction of neuropsychologist Dr Jessica Caldwell, who noted that Alzheimer’s is significantly more prevalent among women than men. She explained, “Some of the reasons why we are more vulnerable to Alzheimer’s disease than men are known, and are not things that we can really change, such as the fact that we live longer than men and we are more susceptible to certain genetic effects.”

In discussing risk factors unique to women, she says loss of oestrogen after menopause is significant: “Oestrogen supports brain health and neuroplasticity, or the ability of the brain to grow new cells and connections. Oestrogen also regulates inflammation and works against cell death. Losing oestrogen would mean loss of these benefits, but could also have an impact in other ways, because oestrogen plays multiple roles in brain and body function.”

The good news, Dr Caldwell said, is that around a third of Alzheimer’s cases worldwide could be attributable to potentially modifiable risk factors — and that healthy interventions could be help to reduce these risks. One of these interventions is for women to change their eating habits.

“While we can never guarantee prevention of dementia, we know that people who eat closer to the Mediterranean or MIND diets — lower saturated fats, more fruits and vegetables, fewer processed foods, for example — tend to have better cognitive or thinking outcomes as they age,” Dr Caldwell said.

Another prevention strategy is increasing activity levels. Dr Caldwell said, “Exercise increases levels of memory-promoting neurotransmitters in brain regions that take new information and send it to long-term memory storage. In addition, exercise can counteract some of the negative effects of diabetes, and can reduce stress and depression — all of which are risk factors for Alzheimer’s disease.”

Prime Minister Scott Morrison says the first groups are expected to receive a jab as early as the...