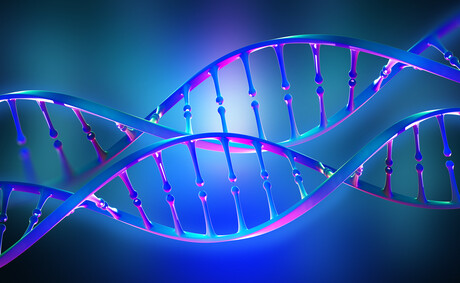 CAR T cells are most often manufactured using viruses, but new research is exploring the benefits of using alternative gene editing systems for this purpose.

In the last decade, the CRISPR/Cas (CRISPR) system has emerged as a cutting-edge tool for gene editing; however, CRISPR’s molecular origins are anything but new. These constructs are evolutionarily related to a long line of small but mighty DNA constructs called transposons that have been practising the technique of jumping into a host cell’s genetic material and rewriting it for hundreds of millions of years.

Transposons have been part of our ecosystem for so long that their genetic code is intermingled with that of all life on Earth. To date, scientists have uncovered a mind-boggling array of different types of transposons that follow diverse, but sometimes overlapping, mechanisms of action. And in some cases, organisms from bacteria to humans have managed to usurp these genetic acrobats for their own benefit.

Even now, researchers are leveraging the unique qualities of CRISPR and other transposon-based constructs to develop faster, safer and cheaper ways to manufacture CAR T cells. Each system has its own benefits and drawbacks, so it is important that researchers carefully weigh options and choose the system that best meets their needs. No matter what method is used for cell manufacturing, the product must be confirmed to be both safe and effective before it is delivered to a patient.

What are the major gene editing constructs available? Let’s take a quick look at CRISPR/Cas9 and its distant relatives to understand the options researchers must weigh.

CRISPR-Cas systems are reprogrammable DNA segments that code for an endonuclease and guide RNA. The construct originally served as a bacterial immune system to target viral infections. Now, researchers can engineer the guide RNA to target CRISPR to specific sites in the genome of any cell. When combined with homology-directed repair, CRISPR can be used to insert new DNA sequences.

Obligate mobile element-guided activity (OMEGA) proteins are a widespread class of naturally occurring, RNA-guided, reprogrammable DNA nucleases. Recent work identified one such OMEGA element, IscB, as the likely ancestor of CRISPR’s Cas9 counterpart and harnessed it for targeted genome editing in human cells. The discovery of OMEGA proteins strengthens the link between CRISPR and the larger transposon family, providing a backstory for these genetic tools.

Transposons are a massive group of DNA constructs with the ability to jump through host DNA. They fall into two major classes based on the transposition mechanism: Class 1, which copy and paste themselves throughout the genome; and Class 2, which move via a cut-and-paste mechanism. Like CRISPR, some transposable elements utilise transposon-associated enzymes or hijack host proteins to execute their mechanism of action. Some transposons randomly integrate into the host genome, just like viral vectors, while others can be targeted like CRISPR. Several Class 2 transposon constructs, like Sleeping Beauty and piggyBac, have substantial gene engineering applications — including CAR T cell manufacturing.

To manufacture CAR T cells, scientists typically use viral vectors like lentivirus and adeno-associated virus (AAV) to introduce a CAR transgene into a patient’s T cells so that they will selectively kill tumour cells. While viral vectors carry out highly effective gene edits, the system comes with several drawbacks. For one, it is a lengthy and expensive process to manufacture viral vectors for clinical use. Additionally, viral vectors encode epitopes that raise the risk of life-threatening inflammatory responses.

That’s why researchers are exploring the potential for CRISPR and transposons to do the job of CAR T cell gene editing. Compared to viral vectors, which must be produced in more complex host cells, these constructs are relatively simple to engineer and inexpensive to amplify in bacteria. They also enter cells more readily; some stably insert DNA without the need for viral transfection. Other advantages include the potential for reduced immunogenicity and large cargo capacity.

However, transposon-based methods come with their own limitations and risks that must be considered before incorporating them into a new clinical research endeavour. Like viral vectors, some transposable elements integrate randomly into active genes, increasing the likelihood of genotoxicity. Therefore, therapies have the potential to be more consistent and safer when manufactured with constructs that integrate into a truly random fashion, like Sleeping Beauty, or constructs that can be precisely targeted, like CRISPR and some transposable elements. These systems also carry some risk of contamination by bacterial genetic debris and antibiotic-resistance genes. But despite these challenges, the unique advantages of these methods are leading researchers to explore their applications in the clinic.

CRISPR and transposons in the clinic

There are already 14 trials registered on clinicaltrials.gov that use CRISPR to treat diseases ranging from lymphomas and leukaemias to bile duct cancers and other notoriously difficult-to-target solid tumours. The targeted nature and multiplexing capabilities of CRISPR-based systems offer a major advantage: the potential to develop allogeneic, off-the-shelf CAR T cell therapies that can be developed in less-expensive batches to help multiple people, in contrast to the current, autologous therapies that are manufactured for one patient at a time.

In recent years, scientists have also been exploring the utility of transposon-based techniques for manufacturing CAR T cells. Although these are not yet as widespread as studies using CRISPR-based systems, the research is gaining traction quickly. Current clinical trials target lymphomas, leukaemias and brain tumours, with two trials exploring the potential for the Sleeping Beauty transposon to enable the generation of allogeneic therapies — yielding positive safety results thus far.

For transposon- and CRISPR-based systems alike, numerous research studies using cell models have demonstrated their potential to improve CAR T manufacturing, laying the groundwork for future clinical investigations. While OMEGA proteins have only just been discovered, it is anticipated that they will also prove invaluable in efforts to improve human health.

As with any therapy, researchers and manufacturers need strict quality control measures to evaluate CRISPR- and transposon-based CAR T manufacturing systems. Several key safety parameters for these therapies are the same as those used to assess therapies manufactured using viral vectors. Therefore, no matter the system, quality control efforts must ensure that the cells will be safe, that they will be of therapeutic benefit to patients and that they will persist in the patient for an optimal amount of time.

A primary concern is producing T cells that contain precisely one to four CAR transgene copies each. If the cells do not carry the transgene, they are not CAR T cells, and the patient will have undergone a major medical procedure for nothing. On the other hand, too many copies of the gene and the patient may receive an overdose of the therapy, potentially triggering a severe form of immune overactivation called a cytokine storm. As with traditional viral-based systems, DNA amplification is required to measure transgene copy numbers in cells modified with CRISPR or transposons.

While qPCR is commonly used, this technique can only estimate transgene copy numbers because it requires a standard curve of serial dilutions to interpret samples. In addition, this process is susceptible to human variability. This renders the technique less sensitive and incapable of measuring down to one gene copy per cell. In contrast, droplet digital PCR (ddPCR) is well-suited to the task because it delivers absolute nucleic acid quantification without the aid of a standard curve. In a ddPCR reaction, one or a few copies of a gene are partitioned into approximately 20,000 droplets, in which individual PCR reactions effectively run. A droplet reader counts each positive droplet where the transgene was amplified to quantify the transgene copy number in the individual cells. Thus, highly sensitive, quantitative measurements by ddPCR technology can reliably measure down to one transgene per cell to ensure the safety and efficacy of the product.

ddPCR systems’ ability to count transgene copy numbers has been demonstrated in the context of CAR T cells generated by viral vectors. The technology is also being used to establish gene integration frequency and copy number in a piggyBac transposon-based system and detect unwanted gene translocations for an allogeneic CRISPR-based system. It has also been used to compare the persistence of Sleeping Beauty-generated CAR T cells delivered by autologous vs allogeneic methods in patients to evaluate if the therapy will actively fight a tumour for a sufficient amount of time without persisting too long and causing off-target effects. Ultimately, these studies build a quality control foundation for applying alternative gene editing methods in clinical immunotherapy applications.

Researchers developing new, life-saving cell therapies have numerous gene editing options at their disposal. Science is still learning what new medical feats are possible with CRISPR- and transposon-based systems, but as new constructs are discovered and understood, researchers can leverage the unique qualities of each to expand the boundaries of what is possible through CAR T cell therapy and advance the technology to reach more patients in need. 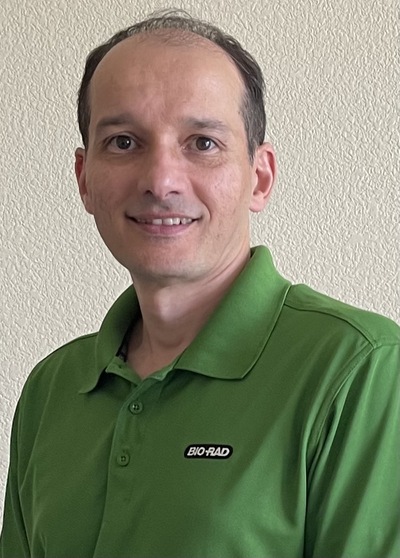 *Marwan Alsarraj is the Biopharma Segment Manager at Bio-Rad Laboratories. He has been at the forefront of developing, marketing and commercialising technologies in the past 15 years in the life science research industry. Marwan obtained his MS in Biology at the University of Texas, El Paso.

A sovereign onshore vaccine manufacturing facility will be built in Victoria as part of a...