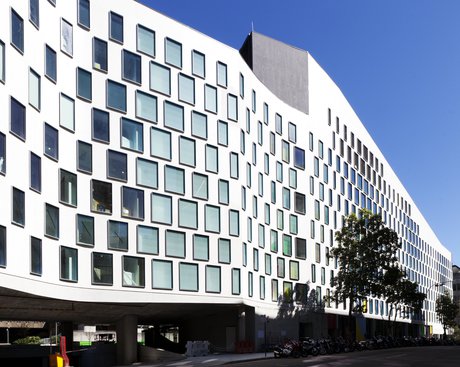 Spanning eight occupied levels, and with a gross building area of 13,800 m2, the building has capacity for approximately 900 students and 300 staff. According to UTS Dean of Science Professor Bruce Milthorpe, the facility contains state-of-the-art learning and research technologies and spaces.

“One of the new building’s many laboratories is a crime scene simulation lab, designed to resemble a modern city apartment, complete with kitchen, bathroom, bedroom and dummy bodies, to teach students to detect blood, fingerprints and how these may be hidden to conceal crimes,” Professor Milthorpe said. 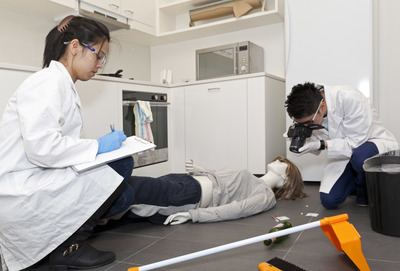 The building’s new super lab, described by Professor Milthorpe as “the only one of its kind in Australia”, allows tutors to run different science classes concurrently. Accommodating up to 220 students, the lab features “stunning learning technologies to support the university’s student-centred approach to learning that fosters interdisciplinary collaboration”, said Professor Milthorpe. 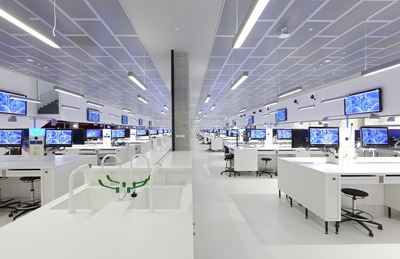 The green roof is one of several sustainability features incorporated into the new building, resulting in a 6 Star Green Star Design rating from the Green Building Council of Australia (GBCA). Other features include the use of environmentally friendly building materials; natural daylighting; insulated double glazing; water-efficient fixtures; and energy-efficient LED lighting. Meters and sensors constantly monitor the real-time sustainability performance of the building, making it a ‘living lab’.

Professor Milthorpe said the science building is “an important physical milestone for the faculty’s ongoing evolution”, with UTS having recently reorganised its five schools of science into just two - the School of Life Sciences and the School of Mathematical and Physical Sciences.

“Our two new science schools will break down old discipline silos, offering researchers and students alike the chance to broaden their experiences,” he said.

Minister Skinner noted that she is “particularly excited this fine building will house a psychology clinic - staffed by masters students working under supervision - which will have a research role with a multidisciplinary approach to issues such as pain management”.

UTS Vice-Chancellor Professor Attila Brungs concluded, “This building, and our entire newly developed campus, embodies UTS’s vision to be a world-leading university of technology and an inspiring place equipping our graduates for jobs of the future and delivering research with impact.”