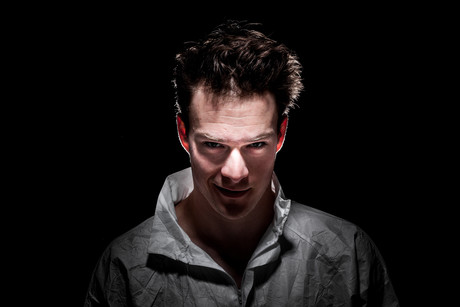 The abnormal expression of many genes, previously associated with autism, is also present in violent psychopathy, according to a new study from European researchers.

Psychopathy is an extreme form of antisocial behaviour, with about 1% prevalence in the general population and 10–30% prevalence among incarcerated criminal offenders. Psychopathy is known to be strongly hereditary, but whether or not it is associated with abnormal expression of genes or proteins in neurons has remained unclear — up until now.

Researchers from the University of Eastern Finland, the University of Helsinki and the Karolinska Institutet used stem cell technology to analyse the expression of genes and proteins that have been associated with psychopathy. The study participants’ skin cells were used to create pluripotent stem cells, which were then differentiated into cortical neurons and astrocytes.

The study results, published in the journal Molecular Psychiatry, show that psychopathy is associated with robust alterations in the expression of genes and immune-response-related molecular pathways. Several of these genes have also been linked to autism.

In neurons, psychopathy was associated with marked upregulation of RPL10P9 and ZNF132, and downregulation of CDH5 and OPRD1. In astrocytes, RPL10P9 and MT-RNR2 were upregulated. The expression of these genes explained 30–92% of the variance of psychopathic symptoms. Psychopathy was also associated with altered expression of proteins related to glucose metabolism and the opioid system.

Several earlier studies have suggested that violent and psychotic behaviour are associated with alterations in glucose metabolism and opioidergic neurotransmission. The new findings support the idea of abnormal opioid system function being a factor underlying psychopathy. This suggests that using long-lasting injections of naltrexone or buprenorphine to balance the opioid system could be a feasible treatment for psychopathy.