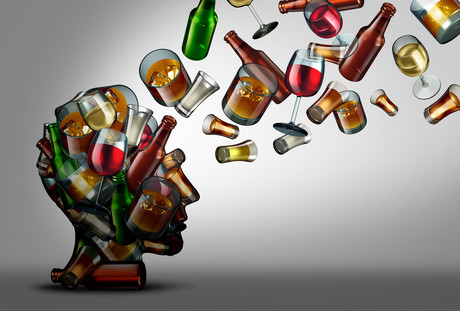 A drug used to treat high blood pressure may alleviate anxiety induced by long-term heavy alcohol use, and also halt the damage such drinking can cause to the brain’s ability to grow new cells.

That’s according to new research from the Queensland University of Technology (QUT), conducted in adult mice and published in the journal Frontiers in Behavioral Neuroscience.

QUT neuroscientist Professor Selena Bartlett, principal investigator on the study, said repurposing drugs like pindolol serves as a way to fast-track new treatments to manage alcohol dependence, binge-drinking and addiction, which are significant and complex problems both in Australia and globally. Pindolol acts on the receptors for serotonin, the ‘feel-good’ nerve cell chemical and neurotransmitter, and noradrenaline, which is involved in the body’s ‘fight or flight’ response.

“This is a drug that is inexpensive and already available in the US, Canada, Europe and Australia,” Prof Bartlett said. “It’s a beta blocker that is prescribed for high blood pressure, angina and heart arrhythmias.

“We have been studying it for a number of years and have already shown in animal models that it reduces alcohol intake when there is long-term consumption.

“In this latest study, we investigated the drug’s effect on other alcohol associated issues — anxiety and neurogenesis.

“Long-term and heavy drinking can cause anxiety disorders, and people’s anxiety can worsen when alcohol is withdrawn, and alcohol abuse can also reduce neurogenesis, which is the process by which new neurons (cells) are formed in the brain.”

The study found that pindolol reduced the anxiety-like behaviour of mice when alcohol was withdrawn after 12 weeks of binge-like consumption. Two weeks of daily pindolol treatment at the end of 18 weeks’ alcohol consumption restored damage the alcohol caused to new and immature neurons (cells) in the hippocampus, the primary brain site for new neuron production.

Prof Bartlett said the results add further evidence that pindolol could be beneficial in treating alcohol use disorders, noting, “We showed that pindolol reduced alcohol-associated anxiety-like behaviour in mice and also alleviated the damaging effects of alcohol consumption on newly formed and immature brain cells.

“The next step is to conduct clinical trials with pindolol, and we have started discussions with a medical specialist to progress that.”

A funding injection of up to $17 million could help cut the timeline for an effective vaccine for...

Researchers have found that the cell death-regulating protein MCL1 is essential in protecting the...

From Byron Bay to the UK, Extraordinary Foods is going global