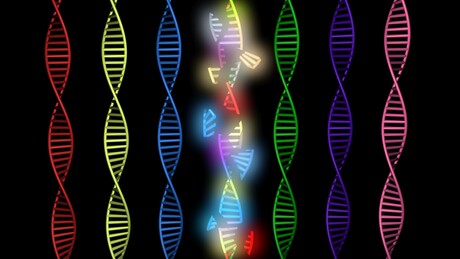 The CRISPR system is a powerful tool for the targeted editing of genomes, with significant therapeutic potential, but runs the risk of inappropriately editing ‘off-target’ sites. Now a research team led by Wenzhou Medical University has shown that mutating the enzyme at the heart of the CRISPR gene editing system can improve its fidelity, which may prove therapeutically safer than the current system. Their results have been published in the journal PLOS Biology.

The CRISPR system employs an enzyme called Cas9 to cleave DNA. Cas9 will cut almost any DNA sequence. Its specificity comes from its interaction with a ‘guide RNA’ (gRNA), whose sequence allows it to bind with the target DNA through base-pair matching. Once it does, the enzyme is activated and the DNA is cut.

The CRISPR system is found in multiple bacterial species, with that of Staphylococcus aureus having the advantage of size — unlike some others, its gene is small enough to fit inside a versatile and harmless gene therapy vector called adeno-associated virus, making it attractive for therapeutic purposes. But a key limitation of any CRISPR system, including that of S. aureus, is off-target cleavage of DNA. A guide RNA may bind weakly to a site whose sequence is a close but imperfect match; depending on how close the match is and how tightly the enzyme interacts with the paired gRNA–DNA complex, the enzyme may become activated and cut the DNA wrongly, with potentially harmful consequences.

To explore whether the S. aureus Cas9 could be modified to cleave with higher fidelity to the intended target, researchers generated a range of novel Cas9 mutants and tested their ability to discriminate against imperfect matches while retaining high activity at the intended site. They found one such mutant, which distinguished and rejected single base-pair mismatches between gRNA and DNA, regardless of the target, increasing the fidelity up to 93-fold over the original enzyme.

They showed that the mutation affected part of the recognition domain, the region of the enzyme that coordinates contacts between the enzyme and the gRNA–DNA complex. The mutation had the likely effect of weakening those contacts, thus ensuring that only the strongest pairing — which would come from a perfect sequence match — would trigger enzyme activity.