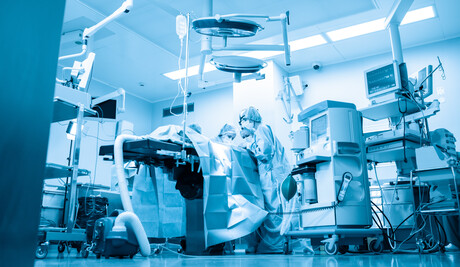 The world’s largest randomised control trial on COVID-19 therapeutics has generated what the World Health Organization (WHO) claims is conclusive evidence on the effectiveness of repurposed drugs for the treatment of COVID-19 — but the results could not exactly be described as positive.

The six-month Solidarity Trial, coordinated by the WHO, looked at the effects of remdesivir, hydroxychloroquine, lopinavir/ritonavir and interferon regimens on overall mortality, initiation of ventilation and duration of hospital stay in hospitalised patients. Trial participants included more than 11,000 adults in 405 hospitals across 30 countries.

Interim results from the trial, which are not yet peer reviewed but are available to view on MedRxiv, indicate that these treatments appear to have little or no effect on 28-day mortality or the in-hospital course of COVID-19 among hospitalised patients. Other uses of the drugs — for example, in treatment of patients in the community or for prevention — would have to be examined using different trials.

Scientists from around the world have been quick to react to the news, with Associate Professor Paul Griffin — who is running a number of COVID-19 vaccine studies with Novavax and The University of Queensland — saying the results add to the “mounting evidence” suggesting that the four drugs in question have little or no effect on patients hospitalised with COVID-19. He does, however, suspect that “studies will continue with at least some if not all these drugs to see if there is potentially an effect, perhaps on different populations or subgroups and particularly until more efficacious therapeutic options become available”.

Professor David Henry, from Bond University, said it was particularly disappointing to hear that remdesivir had proved ineffective, given that “previous trials (including RECOVERY and ACTT-1) have shown shortened recovery times with remdesivir and a signal that early mortality (at 14 to 15 days) might be reduced. The Solidarity Trial did not measure time to recovery, so that benefit remains unchallenged, but the new results seem to eliminate the possibility of a reduction in mortality.

“Some of the other results in the new report are unsurprising,” Prof Henry said. “Hydroxychloroquine once again was found to be ineffective and surely must now be abandoned even by its strongest advocates. Lopinavir and ritonavir are effective drugs in HIV but have been consistently found to be ineffective in COVID-19. There is no clear case for their continuation. Finally, there has been some hope for interferon in inhaled form in a small study that showed improved recovery times but subcutaneous injection in this new trial had no effect on mortality.”

Other scientists were unhappy with the trial design, with Professor Paul Hertzog from the Hudson Institute of Medical Research criticising the route of administration for interferon among other things.

“Firstly … the interferon β1a was mostly delivered subcutaneously, which is not the best way to deliver interferon β1a to the lungs and is known to be less efficient than intravenous or inhaled. The latter is being trialled,” Prof Hertzog said.

“Secondly, about half of the patients received corticosteroids at the same time and these are known to block interferon responses. Thirdly, recent papers have indicated that certain patients might not be responsive to Interferon since they produce antibodies to IFN or have mutations in interferon response pathways. Fourth, interferon β1a may not be the ideal type to use (there are 20 different ones with different characteristics).”

Professor Eleanor Fish, from the University of Toronto, had her own reservations about the trial design.

“Notably, at entry into the trial, some patients required oxygen and others mechanical ventilation. Given that all the emerging evidence points to interferon treatment being effective at the early, viral phase of COVID-19, treatment when patients are in the pulmonary or hyper inflammatory phases of COVID-19, ie, later in disease, would likely be ineffective,” Prof Fish said.

“Close scrutiny of the data in the MedRxiv preprint shows that this was a heterogeneous patient population at different phases of COVID-19. Until such time as all the data are scrutinised to evaluate the different subgroups of patients, their phase of disease and their rate of viral clearance, it is premature to dismiss some of these repurposed drugs as ‘ineffective’ and to suggest they should not be evaluated further.

“Trial design is absolutely critical to permit the correct interpretation.”

But despite the negative results, Professor Brian Oliver from the University of Technology Sydney and the Woolcock Institute of Medical Research said the trial was “an incredibly important study for patients with COVID-19. Knowing which drugs do not work is important so that ineffective therapies are not given to patients. This allows more effective therapies such as dexamethasone or newer experimental drugs to be evaluated.”

Clinical Professor Ian Seppelt, from Nepean Hospital, added that the findings highlight “the crucial importance of proper randomised controlled trials, rather than ‘compassionate use’ or other random use of medications”. He said the results are “consistent with results to date from the other two large pragmatic trials (RECOVERY and REMAP-CAP) confirming no substantial benefit from a variety of ‘repurposed’ agents, which had been proposed after small or observational trials”.

“To date the only agents with any robust data showing benefit are the corticosteroids (dexamethasone or methylprednisolone),” Prof Seppelt said. “It is now time to stop spending resources studying these drugs and to move on to robust, well-designed trials of new agents.”

The global platform of the Solidarity Trial is now ready to evaluate new treatment options, with nearly 500 hospitals open as trial sites. Antiviral drugs, immunomodulators and anti-SARS COV-2 monoclonal antibodies are being considered for evaluation.