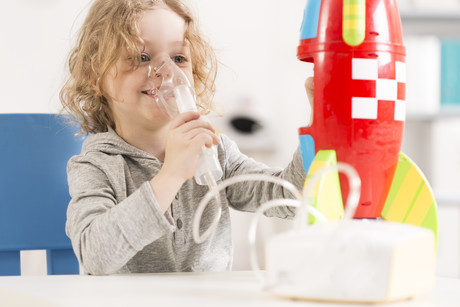 UK researchers have developed a novel experimental treatment for chronic lung diseases that could improve the lives of people with cystic fibrosis (CF) and chronic obstructive pulmonary disease (COPD).

CF causes thickened mucus to form in the lungs, which blocks the airways, causes inflammation and can make it difficult to breathe. COPD patients also experience heightened inflammation in the lungs as well as increased lung damage. CF is one of the UK’s most common life-threatening inherited diseases, while COPD is expected to become the third-leading cause of death worldwide by 2030.

“Excessive inflammation in chronic lung diseases such as CF and COPD leads to irreversible damage of the airways, progressive loss of lung function and ultimately death due to respiratory failure,” said Professor Marcus Mall from Charité – Universitätsmedizin Berlin. “There is a high unmet need for effective anti-inflammatory therapies for patients with these chronic lung diseases.”

Seeking new treatment options, Queen’s University Belfast took part in two separate but related studies: investigating CF in collaboration with Charité – Universitätsmedizin Berlin, Inserm Paris and Virobay, and COPD with the State University of New York and Imperial College London. Their studies were published in the European Respiratory Journal and the American Journal of Respiratory and Critical Care Medicine, respectively.

Both studies looked at the role of the enzyme cathepsin S and produced similar findings — that inhibiting this enzyme could alleviate the symptoms associated with both diseases. This builds on a previous study led by Queen’s University that found that high levels of cathepsin S in the lungs of children with CF were associated with increased inflammation and lung damage.

“We know that this enzyme plays a key role in provoking symptoms of chronic lung diseases such as CF and COPD,” said lead investigator Professor Cliff Taggart, from Queen’s University. “We have now discovered that treatment to target this specific enzyme can significantly reduce inflammation, lung damage and mucus obstruction — key hallmark features of CF and COPD.

“Many drugs are developed as enzyme inhibitors but they don’t target specific enzymes. This general approach may lead to significant issues, including increased infection. The specific targeting of cathepsin S enables the delivery of a much more targeted treatment to address the symptoms without unwanted side effects.”

“Thanks to this research, we now understand the causes and how to reduce the symptoms associated with both CF and COPD,” added lead author Dr Sinéad Weldon, also from Queen’s University. “Moving forward, we need to apply this knowledge in further testing so that ultimately, we can improve the quality of life for those affected by these diseases.”