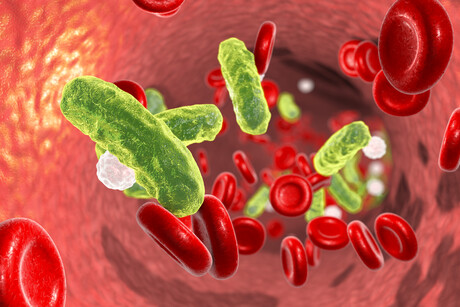 Melbourne scientists have identified and characterised the gene responsible for immune cell death and inflammation during sepsis — a disease that kills 11 million people worldwide every year.

Sepsis is caused by the immune system going into overdrive in response to infection. Often misdiagnosed as the flu, it leads to extreme inflammation that can cause blood clots and block oxygen from reaching vital organs, resulting in tissue death and multiple organ failure. Some who survive will need to have limbs amputated and be left with lifelong disability.

Now researchers from La Trobe University have revealed that the removal of protein receptor TREML4 in cell-based and in vivo experiments leads to almost absolute protection from sepsis, sepsis-induced pneumonia and blood-born Candida infection commonly associated with invasive medical procedures. Their findings have been published in the journal Nature Immunology.

“Excitingly, we’ve discovered the TREML4 gene regulates both of these phases.”

Associate Professor Hamsa Puthalakath, lead supervisor of the study, said current therapies aimed at controlling inflammation, such as the use of steroids, help reduce the time that sepsis patients spend in intensive care units but do not reduce the overall deaths.

“Steroids reduce inflammation, but they also wipe out the immune system, preventing our body from fighting both mild and serious infections,” Assoc Prof Puthalakath said.

“The removal of TREML4 can be described as the ‘Goldilocks’ approach, in that it leaves the body with some inflammation, but the immune system remains uncompromised and is healthy enough to fight off infection.”

Having already identified the human equivalents of the TREML4 receptor, the researchers now hope to secure new funding for the next stage of their study, which will focus on the development of therapeutic antibodies against the TREML4 receptor.

“There have been more than 100 clinical trials for sepsis-related therapies in the last 25 years, none of which have proved successful,” Assoc Prof Puthalakath said.

“La Trobe is on the forefront of potentially life-saving research.”

Melbourne researchers have revealed that the gut microbiome is selected and starts developing as...

Interim results indicate that the four treatments tested appear to have little or no effect on...