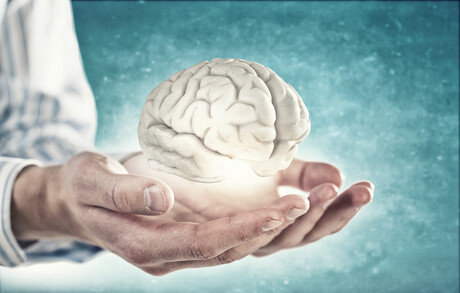 Macquarie University researchers have discovered a new treatment that reverses the effects of memory loss associated with Alzheimer’s disease in a study of mice with advanced dementia, with their results now published in the journal Acta Neuropathologica.

Co-led by brothers Dr Arne Ittner and Professor Lars Ittner, the research builds on work begun in 2016 involving a gene therapy which uses an enzyme that is naturally present in the brain, known as p38gamma. Gene therapy is a process whereby genetic material is introduced into cells to replace abnormal genes or to make a beneficial protein.

The researchers found that p38gamma, when activated, can modify a protein such that it prevents the development of Alzheimer’s disease symptoms. The scientists have now gone a step further and shown that the gene actually improved or restored much of the memory in advanced Alzheimer mice.

“When we set out to develop this gene therapy we expected it to halt progression of dementia, but we were not expecting to see that it not only halts it, it completely reverted the memory loss that was already there when we started therapy,” Prof Ittner said.

The team showed that the gene therapy is safe even at high doses and when applied long term, with no adverse events observed during the study. Their findings also suggest that the gene therapy may be effective in other forms of dementia, including frontotemporal dementia, which presents in much younger patients in their 40s and 50s.

“We need a better understanding of what happens to the molecules in the brain during dementia,” Dr Ittner said. “Our work delivers a very powerful piece in this puzzle.”

The next step will be to transition to testing safety and efficacy in humans. Macquarie University is currently undertaking a detailed assessment of the development and regulatory pathway required to evaluate the gene therapy in human patients. Partnerships with potential investors and pharmaceutical partners are also being actively explored.

The researchers predict that possible success of this new therapy could be within reach of human Alzheimer’s patients in less than 10 years, or even five years to see the same success as in mice. According to Prof Ittner, “This provides hope as there is a lot of therapy out there focused on prevention, but not much for those already affected by the disease.”