How do antidepressants treat nerve pain? 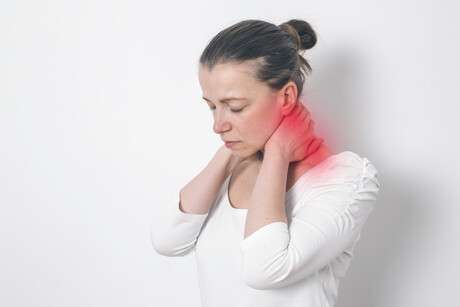 Australian researchers have revealed how tricyclic antidepressants (TCAs) work against nerve pain, paving the way for further research and new therapies to treat the debilitating condition. Their results have been published in the journal RSC Medicinal Chemistry.

Nerve pain, also known as neuropathic pain, is usually chronic and can be experienced for a range of reasons such as cancer, diabetes, trauma, infection and multiple sclerosis. Estimated to affect one in 20 Australians, symptoms vary from shooting or throbbing pain to burning, freezing or electrical shock sensations, tingling, itchiness, oversensitivity or numbness.

Although TCAs are listed as a drug treatment of choice for neuropathic pain in the Australian Medicines Handbook, how they work to limit pain has not previously been fully understood. Now a multidisciplinary team of researchers from CSIRO, The University of Queensland’s Institute for Molecular Bioscience and Monash University have used a neuroblastoma cell line to demonstrate exactly how 11 TCAs and two closely related drugs worked to block pain, and identified which ones were most effective.

“Using both biological assays and computer simulation, we showed all test drugs moderately inhibited N-type calcium ion channels — tiny gates that are instrumental in the transmission of pain signals in the body,” said CSIRO scientist Adjunct Professor Peter Duggan, lead author on the study. “Though suspected, this is the first time such a broad set of TCAs have been proven to block these channels.

“Seven of the drugs we investigated showed more than a two-fold stronger inhibition than the channel blocker we used as a control, and with the assistance of computer modelling we were able to predict exactly where and how all 13 drugs interacted with these ion channels. We are now looking to better understand how TCAs affect the different states of the ion channels (resting, open, closed) as the nerve impulses go from the extremities to the brain.

“Knowing how pain impulses are inhibited by TCAs is expected to lead to new and improved treatment options for people suffering neuropathic pain — and the more we work in this space the more our science opens up the possibility of effective pain therapies, free of any potential side effects.”

Commenting on the study was Michael Vagg, Dean of the Faculty of Pain Medicine at the Australian and New Zealand College of Anaesthetists and Clinical Associate Professor at Deakin University. He noted that the best current treatments for nerve pain only work to a useful degree “on every third or fourth person who receives them”, and that scientists have not discovered any really effective new treatments for nerve pain for a long time.

“TCAs have a number of pharmacological effects throughout the body and this work is fascinating in that it suggests that one specific mechanism is critically important to their effect on nerve pain,” Vagg said.

“This work opens up the possibility of designing a new class of drugs with improved safety and effectiveness.”