Researchers have sequenced 15,000 genes from the koala, Phascolarctos cinereus, taking a significant first step in the characterisation and assembly of the koala genome. 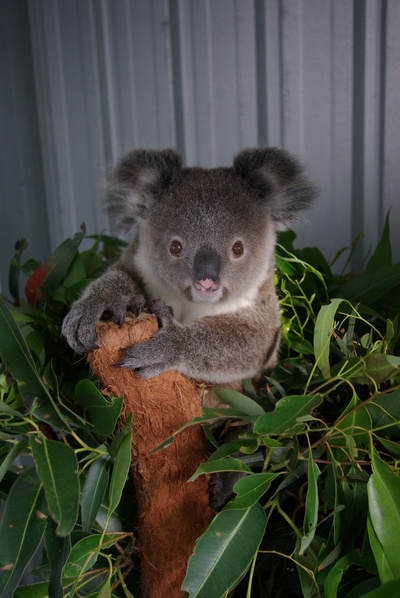 Generated from the genomes of two geographically separated koalas, one male and one female, the work was conducted by Dr Rebecca Johnson from the Australian Museum Research Institute, Professor Peter Timms at Queensland University of Technology and collaborators at the University of New South Wales.

Previously fewer than 100 genes had been identified and the researchers expect the data will provide new insights into some of the unique biological attributes of this iconic Australian species, such as their ability to live entirely on a diet of eucalypt leaves which are indigestible to most other species.

Genes specifically expressed in a range of different tissues including spleen, liver, uterus, kidney, lung, heart, brain, adrenal gland, bone marrow, lymph node, salivary gland, and testes were identified. Of putative protein sequences identified, 72% aligned to at least one sequence in the NCBI protein database, with the best alignments to sequences from other marsupials.

The work will also improve the conservation of koalas by increasing understanding of koala immune responses to diseases that currently threaten many populations, such as the koala retrovirus.

Most koalas living on mainland Australia (95%) are infected with this retrovirus, which is thought to be involved in causing Koala Immune Deficiency Syndrome (KIDS), an AIDS-like syndrome that causes infected koalas to become more susceptible to infectious disease and cancer.

The transcriptome is also being used to develop a koala population genetic assay which will enable the genetic diversity of individual koalas and koala populations to be examined.

The study was published, open access, in BMC Genomics and the data is searchable at the AMRI website.