Low-dose drug combo fights cancer without the side effects 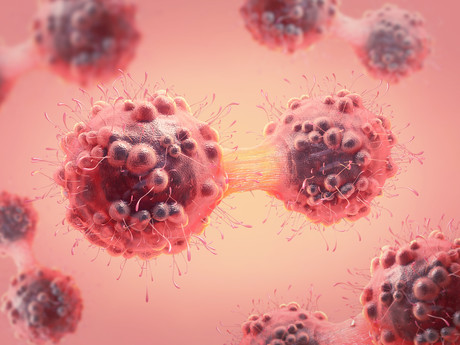 Scientists from the University of Geneva (UNIGE) have discovered a promising mix of four components, called C2, that can kill tumour cells while leaving healthy cells undamaged. The goal of their research, published in the journal Cancers, is to combat the two-fold problem of drug resistance and side effects in cancer treatment.

The drugs that attack tumours have to be aggressive for them to be effective. The balance between destroying cancer cells and the collateral damage inflicted on healthy cells is, however, a constant challenge. High doses of an anticancer drug can cause two main types of damage: progressive resistance to the drugs as the body acclimatises to the massive doses and unwanted side effects on the patient’s healthy cells. So how can scientists combat cancer without harming the patient?

“The main objective is to reduce the doses of the drugs so we can avoid resistance,” said UNIGE’s Professor Patrycja Nowak-Sliwinska. “That’s why we’re creating new formulas made up of several low-dose treatments that will help us achieve our goal without inducing any resistance.”

Researchers focused on 10 substances used to fight cancer, producing some 200 possible combinations. Prof Nowak-Sliwinska explained, “We used a method we developed in our laboratory to test these different combinations simultaneously in vitro on a cancer cell and on a healthy cell. The aim was to directly compare the effects of the treatment on the two types of cells. We were able to eliminate the formulas that didn’t destroy the diseased cells together with those that also had an impact on the healthy cells.”

Thanks to this simultaneous validation technique, the researchers identified the most effective combinations with the fewest possible side effects on healthy cells, with one in particular standing out: C2, which consists of four products (tubacin, CI-994, erlotinib and dasatinib). As explained by Professor Patrick Meraldi, “During our in vitro tests, we found that C2 killed up to 20 times more cancer cells than other combinations, while sparing healthy cells.”

Prof Meraldi said C2 is special in that it targets the supernumerary centrosomes that are only found in tumour cells. “Each cell is equipped with two centrosomes — organelles that allow it to divide in two by each ‘pulling’ one half of the cell,” he stated.

Cancer cells have more centrosomes that tug the cell in three or four directions during its division, which leads to cell death. To prevent this, the cancer cells group the centrosomes into two poles. Prof Meraldi explained, “C2 blocks the grouping, causing a cell death specific to the tumour cells with supernumerary centrosomes, while leaving the healthy cells unharmed.”

There is a drug currently on the market that also induces divisions in three or four directions: Paclitaxel. But high doses are required, which causes numerous side effects in patients. “That’s why we want to replace the use of Paclitaxel with C2 or by a combination of both that would reduce the risk of resistance and toxicity,” Prof Nowak-Sliwinska said.

The UNIGE researchers are currently in the in vivo test phase on mice so they can observe the effects of this new formula on the entire body and not just on an isolated cell. They have also filed a patent for the C2 combination, in the hope that it will prove a promising treatment for cancer in the future.