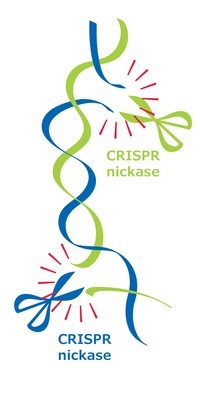 The Australian Patent Office has allowed Merck’s patent application for the use of paired CRISPR nickases.

"We've made tremendous strides in recent years evolving CRISPR technology, and this is a pivotal time in scientific research," said Udit Batra, member of the Merck Executive Board, and CEO, Life Science.

The allowed patent application covers a foundational CRISPR strategy in which two CRISPR nickases are targeted to a common gene target and work together by nicking or cleaving opposite strands of chromosomal sequence to create a double-stranded break. This process can optionally include an exogenous or donor sequence for insertion in the same manner as Merck's patented CRISPR integration technology. The requirement of two CRISPR binding events greatly reduces the chances of off-target cutting at other locations in the genome.

Merck recognises that genome editing has resulted in major advancements in biological research and medicine, the company said in a statement. At the same time, the growing potential of genome-editing technologies has opened scientific, legal and societal concerns. As both a user and supplier of genome-editing technology, the company supports research with genome editing under careful consideration of ethical and legal standards. It has established a Bioethics Advisory Panel to provide guidance for research in which its businesses are involved, including research on or using genome editing, and has defined a clear operational position taking into account scientific and societal issues to inform promising therapeutic approaches for use in research and applications.

Australia has recorded its first two cases of the rare monkeypox virus, both in travellers who...