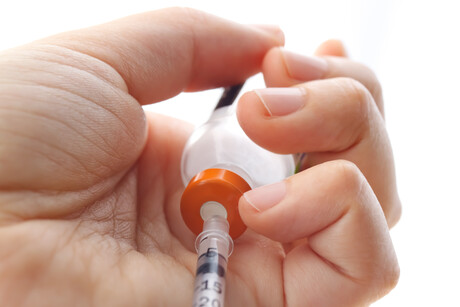 Researchers from the University of Copenhagen and biotech firm Gubra have developed a new insulin molecule that should make blood sugar regulation both easier and safer for those with type 1 diabetes, ensuring they receive just the right amount of insulin. Their research has been published Chemistry — A European Journal.

As explained by Copenhagen researcher Professor Knud J Jensen, the insulin on the market today is unable to identify whether a patient with type 1 diabetes needs a small or large effect from the insulin, which lowers blood sugar.

“That is why we have developed the first step towards a kind of insulin that can self-adjust according to a patient’s blood sugar level. This has tremendous potential to vastly improve the lives of people with type 1 diabetes,” he said.

Prof Jensen and colleagues developed a type of insulin with a built-in molecular binding that can sense how much blood sugar is in the body. As blood sugar rises, the molecule becomes more active and releases more insulin. As blood sugar drops, less is released.

“The molecule constantly releases a small amount of insulin, but varies according to need,” Prof Jensen said.

“It will give type 1 diabetes patients a safer and easier treatment. Today, a person with type 1 diabetes must inject themselves with insulin many times throughout the day and frequently monitor their blood sugar level by pricking their finger with a blood glucose meter. This here allows a person to inject the new insulin molecule less often over the course of a day and thereby think about it less.”

The idea to create a kind of insulin that self-adjusts to a patient’s needs first occurred many years ago, while Prof Jensen was living in the United States. This is where a friend of his told him a story of a married couple who had been dancing one night.

“The man had type 1 diabetes and was feeling unwell,” Prof Jensen recounted. “The wife thought to stabilise his blood sugar by giving him insulin. Unfortunately, the insulin eventuated in her husband’s death. I wanted to make certain that this kind of tragedy would never be repeated.

“The difficult thing with diabetes is that insulin always works the same way. It lowers blood sugar, even though that might not be what a patient requires. This is what we seek to address with our new molecule.”

Although the new ‘automated’ insulin is a major advance towards better diabetes treatment, Prof Jensen said it will be a while before the revolutionary insulin becomes a part of diabetics’ everyday lives.

“We’ve tested the insulin molecule on rats and it has proven itself effective,” he said. “The next step is to develop the molecule so that it works more rapidly and accurately, and finally to test it in humans — a process that can take many years. But it is certainly worth pinning one’s hopes on.”