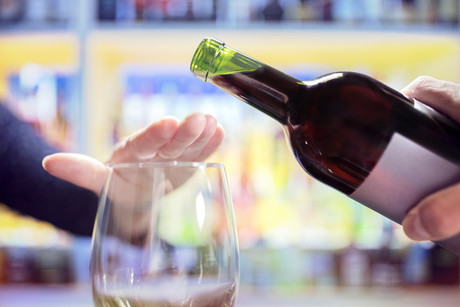 Research continues to indicate that the consumption of alcohol should be avoided during pregnancy, with scientists from The University of Queensland (UQ) suggesting that even small amounts of alcohol can cause insulin resistance in male rat offspring.

Published in The Journal of Physiology, the team’s study mimicked ‘special occasion drinking’, such as a family barbecue or birthday party, where a pregnant woman might be encouraged to have one or two alcoholic drinks. As explained by UQ scientist Dr Lisa Akison, “We only gave alcohol to the mother rats on two days during their pregnancy.”

Dr Akison noted that male rats exposed to this low level of prenatal alcohol showed signs of becoming diabetic at around six months old. She said, “Their [the mothers’] blood alcohol concentration only reached 0.05%, and yet their male offspring recorded higher than normal insulin levels.”

Dr Akison said it was interesting to discover such insulin resistance was sex-specific, occurring only in the male rats.

“There are a couple of potential reasons for this, one being that during pregnancy, the placenta adapts to a prenatal stress differently depending on if it’s a male or female foetus, and this can have an impact on foetal growth and development,” she said.

“The other factor is hormone changes as offspring grow into adulthood.

“In this case, we know that oestrogen protects against insulin resistance, and because males don’t have high oestrogen, they don’t experience the same protection.”

Dr Akison acknowledged that more research is needed to establish any definitive link between alcohol and insulin resistance in humans. “But this study does suggest that even a small amount of alcohol during pregnancy could be harmful, so if you’re planning on getting pregnant it might be wise not to drink,” she said.

And it turns out that expectant mothers aren’t the only ones who should be giving up the booze, with a separate study from Chinese researchers revealing that both parents should avoid drinking alcohol even prior to conception, in order to protect against congenital heart defects.

Congenital heart diseases are the most common birth defects, with approximately 1.35 million babies affected every year. Alcohol is a known teratogen and has been connected with foetal alcohol spectrum disorder (FASD). Around one in four children with FASD have congenital heart disease, indicating that alcohol might also be implicated in these disorders.

Previous studies investigating the link between alcohol and congenital heart disease have focused on prospective mothers, with inconclusive results. This latest study, published in the European Journal of Preventive Cardiology, is believed to be the first meta-analysis to examine the role of paternal alcohol drinking.

Drinking alcohol three months before pregnancy or during the first trimester was associated with a 44% raised risk of congenital heart disease for fathers and 16% for mothers, compared to not drinking. Binge drinking, defined as five or more drinks per sitting, was related to a 52% higher likelihood of these birth defects for men and 16% for women.

Regarding specific defects, the study found that compared to abstinence, maternal drinking was correlated to a 20% greater risk of tetralogy of Fallot — a combination of four abnormalities in the heart’s structure.

The authors noted that this was an observational study and does not prove a causal effect, nor does it prove that paternal drinking is more harmful to the foetal heart than maternal drinking. Nevertheless, Dr Qin said the results suggest that men should not consume alcohol for at least six months before fertilisation, while women should stop alcohol one year before and avoid it while pregnant.

“The underlying mechanisms connecting parental alcohol and congenital heart diseases are uncertain and warrant further research,” he said. “Although our analysis has limitations — for example, the type of alcohol was not recorded — it does indicate that men and women planning a family should give up alcohol.”