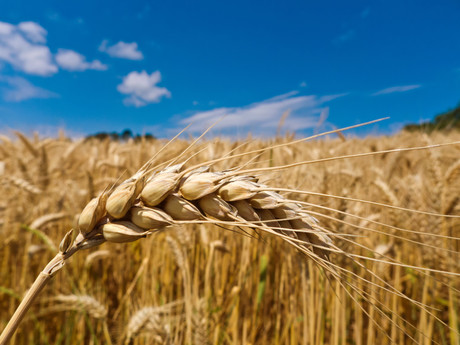 The SA Government this week announced that farmers on mainland South Australia will be given the choice to plant genetically modified (GM) food crops next season, though the GM ban will be retained on Kangaroo Island.

“The Anderson Review found the moratorium has cost South Australian grain growers at least $33 million since 2004 and will cost farmers at least a further $5 million if extended to 2025, harming this state’s ability to attract investment in agricultural research and development,” Whetstone said.

“Considering the future economic impact on farmers, it is time to lift the moratorium on the mainland and provide farmers choice on crops they seek to grow.

“Given the moratorium was justified by the former Labor government for marketing and trade purposes and the review found there is no premium for South Australian grain when comparing data on prices from neighbouring states, it is time our farmers are rightly given the choice on what they grow.

“Both Grain Producers South Australia and the GM Crop Advisory Committee recommended lifting the moratorium on mainland South Australia while recognising that one group of producers on Kangaroo Island has an established market for non-GM canola in Japan.”

Whetstone acknowledged that earlier consultations found there were farmers on Kangaroo Island who did want the option of planting GM varieties in the future. He said, “Retaining the moratorium on the Island will provide a chance to prove to existing markets segregation can be as successful and reliable in the South Australian grains industry as it is in other Australian states.”

The news has been welcomed by academics across South Australia and the rest of the country, with the University of Adelaide’s Associate Professor Matthew Tucker stating, “Lifting the moratorium will provide a much-needed boost to SA growers, researchers and agriculture-related industries.

“It will provide growers with access to technologies that have been available interstate and internationally for over 10 years. SA growers will be able to use GM technology as part of a broad toolkit. It’s a bit like a workshop or kitchen where you need multiple tools or utensils; you don’t use the same tool all the time, but when you need access to it then it’s available.

“The clear benefits of this technology will be seen in countering the effects of climate change and delivering a superior, sustainable and healthier product for consumers.

“It will also stimulate further research and investment in the GM space for our universities, providing opportunities for new jobs and new discoveries.”

The University of the Sunshine Coast’s Professor Jay Sanderson meanwhile sought to quash any fears about the safety of GM crops, noting, “GM foods are … regulated by Food Standards Australia New Zealand (FSANZ), which means any GM food would need to meet criteria around safety and labelling before it is available for human consumption.

“GM foods are assessed on a case-by-case basis, and there are already GM foods approved in Australia including for crops such as corn, potato and canola.

Following a statutory six-week consultation, the SA Government will introduce new regulations lifting the GM moratorium across mainland South Australia. In accordance with the Genetically Modified Crops Management Act 2004, formal written submissions will be accepted and public meetings will be held in Adelaide and Kangaroo Island.

For more information or to make a submission, visit www.pir.sa.gov.au/gmreview.