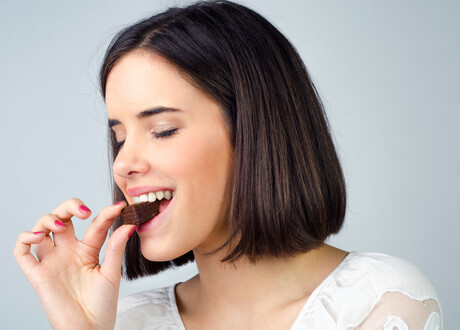 An international team of researchers has discovered a thinness gene, named ALK, found in flies and mice as well in humans. Their results have been published in the journal Cell.

We all know those people who can eat what they want but do not appear to gain weight, leading scientists to look for genes linked to obesity. Now a consortium from the Institute of Molecular Biotechnology of the Austrian Academy of Sciences (IMBA), the University of British Columbia, the Medical University of Vienna and the Estonian Biobank has gone in the other direction — on a quest to discover genes linked to thinness, or resistance to weight gain. 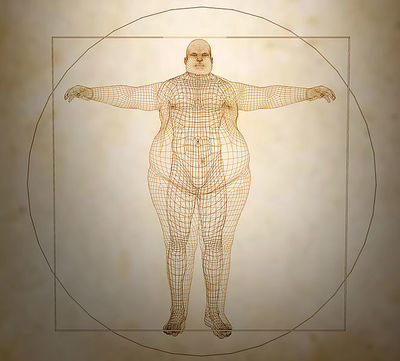 In order to identify candidate thinness genes, the research team conducted genome-wide association studies in an Estonian population cohort, profiling over 47,000 people. They compared thin to control individuals and were thereby able to pinpoint ALK, which stands for anaplastic lymphoma kinase, as a candidate gene for thinness. ALK was mainly known due to its involvement in cancer, as it is frequently mutated in multiple cancers; however, its physiological function was largely elusive.

To test the hypothesis of ALK being involved in thinness, the researchers inactivated the Alk gene in mice. Strikingly, despite normal food intake and activity, Alk-deficient mice had more reduced fat mass and were more protected against diet-induced obesity than their littermate controls. Interestingly, when knocking down the ALK orthologues in the fruit fly Drosophila melanogaster, the team also found significantly lower triglyceride fat accumulation — even when flies were fed a high-sucrose diet.

“By using a technique called indirect calorimetry, we could show that Alk-deficient mice exhibit increased energy expenditure,” said IMBA’s Michael Orthofer, first author on the study. “This means that they burn more calories than normal mice and explains why they remain thin even if they eat the same amount of food. In addition to that, these animals also show improved glucose tolerance.”

ALK is highest expressed in a very specific brain region called the paraventricular nucleus (PVN) of the hypothalamus. When the scientists depleted Alk in this brain area, a similar body weight reduction was observed compared to full-body Alk knockout models. The PVN is known to be involved in the regulation of energy homeostasis, both via hormonal pathways and the sympathetic nervous system, which uses norepinephrine as neurotransmitter. Indeed, levels of the neurotransmitter norepinephrine were elevated in both white and brown fat of the mutant mice, indicating that ALK deficiency increases sympathetic tone to adipose tissues. Consequently, Alk knockout mice showed increased breakdown of fat, which explains their low body adiposity and resistance to weight gain.

“This strengthens the notion that ALK is indeed part of a larger brain circuit involved in energy expenditure,” said Josef Penninger, IMBA Group Leader and founding director, who is now director of the Life Sciences Institute of the University of British Columbia.

“We are very excited about these results on the genetics of thinness and will further investigate the mechanisms of how ALK-expressing neurons are able to control weight. Our results also highlight the important therapeutic potential of ALK inhibition.”