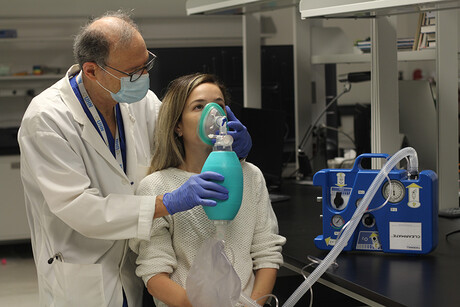 Researchers from Canada’s University Health Network (UHN) have presented a simple method that could serve as a game changer in rescue therapy for severe alcohol intoxication, with a proof of concept that has been described in the journal Scientific Reports.

Alcohol affects every part of the human body, from brain function to circulation and even nail growth. When a certain level of blood alcohol concentration is reached, the intoxication can damage organs and lead to death. Three million deaths occur every year as a result of the harmful use of alcohol, according to the World Health Organization (WHO).

Normally, 90% of the alcohol in the human body is cleared exclusively by the liver at a constant rate that can’t be increased. Currently there is no other method, short of dialysis, whereby alcohol can be removed from the blood. The only options to treat life-threatening alcohol levels are therefore limited to supportive measures such as giving oxygen, intravenous fluids, breathing assistance and treating any heart issues with drugs.

The UHN team’s approach was to recruit the lungs to breathe out the alcohol. The harder the breathing, it was reasoned, the more alcohol is eliminated. The team found that indeed, hyperventilation eliminated the alcohol at least three times faster than through the liver alone.

“But you can’t just hyperventilate, because in a minute or two you would become light-headed and pass out,” said Dr Joseph Fisher, an anaesthesiologist and senior scientist at the Toronto General Hospital Research Institute. This is because hyperventilation causes the body to eliminate carbon dioxide from the blood along with any alcohol, causing symptoms such as light-headedness, tingling or numbness on hands and feet, and fainting.

Dr Fisher and his team used a device called ClearMate that allows the patient to hyperventilate off the alcohol in their system while returning precisely the amount of carbon dioxide to the body to keep it at normal levels in the blood — regardless of the extent of hyperventilation. The equipment is the size of a small briefcase and uses a valve system, some connecting tubes, a mask and a small tank with compressed carbon dioxide.

“It’s a very basic, low-tech device that could be made anywhere in the world: no electronics […] computers or filters are required,” Dr Fisher said. “It’s almost inexplicable why we didn’t try this decades ago.”

The team’s study is believed to be the first scientific demonstration that the basic rate of alcohol elimination could be substantially exceeded by using hyperventilation. Their proof of concept was performed in the laboratory with volunteers; the authors recommend following up with further validation studies to understand how the technology could be applied in a clinical setting.

Image caption: Dr Joseph Fisher demonstrates the use of ClearMate in his lab with the help of Dr Olivia Sobczyk, an associate scientist at UHN. Image credit: UHN.