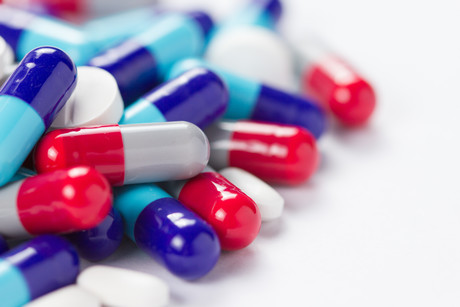 Monash University has granted an exclusive licence of its portfolio of proprietary synthetic polymyxin antibiotics to Qpex Biopharma, a US-based biopharmaceutical company focused on developing new antibiotics to combat the growing threat of global antimicrobial resistance.

The polymyxin class of antibiotics, including the drug colistin, was first introduced into clinical use in the 1950s but was largely abandoned in later years due to toxicity and the introduction of improved and safer classes of antibiotics. However, with increasing resistance to first-line agents, polymyxins have been increasingly relied on as ‘last resort’ agents, despite their pharmacological and safety limitations. Therefore, an improved new generation of the polymyxin class of drugs is desirable.

Now, synthetic polymyxin antibiotics have been developed by world-leading researchers at the Monash Institute of Pharmaceutical Sciences (MIPS) and Monash Biomedicine Discovery Institute (BDI). The research team has identified a promising lead candidate that is currently being evaluated ahead of application to the US FDA, with Qpex intending to take the drug candidate to a Phase 1 clinical trial.

“The world desperately needs better polymyxins and our novel synthetic polymyxins show superior efficacy and safety over the existing polymyxin drugs in preclinical animal studies,” said Professor Jian Li, who heads the Monash polymyxin drug development research. “We are thrilled with the partnership with Qpex, which will now pursue the clinical development of these promising new polymyxin analogues.”

The Monash-Qpex polymyxin drug discovery collaboration was funded by a Partnerships for Biodefense grant awarded to Prof Li by the National Institutes of Allergy and Infectious Diseases (NIAID), part of the US National Institutes of Health (NIH). Scientists from Qpex collaborated as the designated industrial partner with Monash University on this grant.

“Our collaboration with world-class experts in polymyxin antimicrobials at Monash University was highly successful in discovering new polymyxins with enhanced pharmacological properties and safety in preclinical studies,” said Michael Dudley, PharmD, President and CEO of Qpex Biopharma. “We believe the new polymyxin clinical drug candidate emerging from this collaboration will have an improved profile over other members of this class.

“This program joins our internal pipeline of products under development to address serious and urgent resistance threats. We look forward to advancing these programs in development within our partnership with the Biomedical Advanced Research and Development Authority (BARDA).”