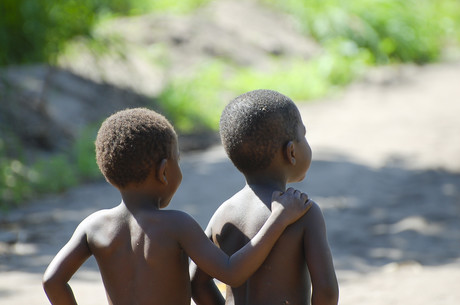 An independent commission of experts has concluded that wild poliovirus type 3 has been eradicated worldwide, in a historic announcement that was fittingly made on World Polio Day on 24 October.

WPV3 is the second strain of the poliovirus to be wiped out, following the certification of the eradication of WPV2 in 2015. The last case of WPV3 was detected in northern Nigeria in 2012; since then, the strength and reach of the eradication program’s global surveillance system has been critical to verify that this strain is truly gone. Investments in skilled workers, innovative tools and a global network of laboratories have helped determine that no WPV3 exists anywhere in the world, apart from specimens locked in secure containment.

At a celebration event at the headquarters of the World Health Organization (WHO) in Geneva, Professor David Salisbury, Chair of the independent Global Commission for the Certification of Poliomyelitis Eradication, presented the official certificate of WPV3 eradication to Dr Tedros Adhanom Ghebreyesus, WHO Director-General and Chair of the Global Polio Eradication Initiative (GPEI) Polio Oversight Board.

“Wild poliovirus type 3 is globally eradicated,” Prof Salisbury said. “This is a significant achievement that should reinvigorate the eradication process and provides motivation for the final step — the eradication of wild poliovirus type 1. This virus remains in circulation in just two countries: Afghanistan and Pakistan. We cannot stop our efforts now: we must eradicate all remaining strains of all polioviruses.

“We do have good news from Africa: no wild poliovirus type 1 has been detected anywhere on the continent since 2016 in the face of ever-improving surveillance. Although the region is affected by circulating vaccine-derived polioviruses, which must urgently be stopped, it does appear as if the continent is free of all wild polioviruses — a tremendous achievement.”

Eradicating WPV3 proves that a polio-free world is achievable, but key to its success will be the ongoing commitment of the international development community. To this effect, as part of Global Health Week in Abu Dhabi next month, the Reaching the Last Mile Forum will focus international attention on eradication of the world’s deadliest diseases and provide an opportunity for world leaders and civil society organisations to contribute to the last mile of polio eradication.

“The achievement of polio eradication will be a milestone for global health,” said Dr Adhanom Ghebreyesus. “Commitment from partners and countries, coupled with innovation, means of the three wild polio serotypes, only type one remains.

“We remain fully committed to ensuring that all necessary resources are made available to eradicate all poliovirus strains. We urge all our other stakeholders and partners to also stay the course until final success is achieved.”