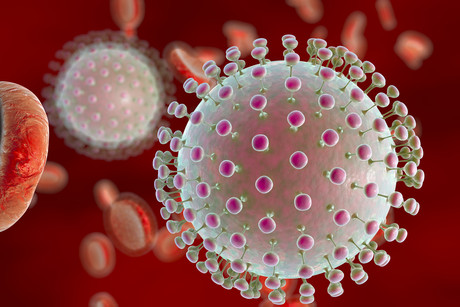 Scientists from The University of Queensland (UQ) and QIMR Berghofer Medical Research Institute have used a technique called deep mutational scanning (DMS) to uncover Zika mutations that help foster virus replication in mosquito hosts, while hindering its ability to replicate in mammals.

Dr Yin Xiang Setoh, from UQ’s School of Chemistry and Molecular Biosciences, said the technique will supercharge research on Zika, as well as other similar viruses.

“We used deep mutational scanning to survey all of the possible amino acid mutations in what’s known as the envelope protein of the virus, which is responsible for how it binds with, enters and exits host cells.

“We found two mutations that resulted in a virus that grew well in mosquito cells, but very poorly in mammalian cells, revealing the amino acids that are critical for Zika virus to survive in mammals.”

Professor Andreas Suhrbier, who heads QIMR Berghofer’s Inflammation Biology laboratory, said the technique allowed scientists to perform evolutionary virus selection in a matter of days — a process that would take tens or hundreds of years in nature.

“This technique, used in conjunction with modelling, gives us an insight into why evolution has chosen a particular path,” Prof Suhrbier said.

“Using this rapid technique, we can now investigate how Zika virus can reach the placenta and cross into the foetus, and to isolate the viral genetic factors responsible,” he said.

“This could help provide crucial knowledge for developing an effective Zika vaccine.

“Indeed, Zika virus that was engineered to contain the identified two mutations showed great potential as a vaccine.

“At the same time, we might be able to identify the genetic factors behind virus replication and transmission by mosquitoes, helping us understand how Zika is transmitted in nature.

“This technique can also be applied to investigate the development of the disease and the transmission of a range of similar viruses, transmitted by mosquitoes, ticks and other invertebrates.”

The study was initiated with seed funding from the Australian Infectious Diseases Research Centre. It has been published in the journal Nature Microbiology.