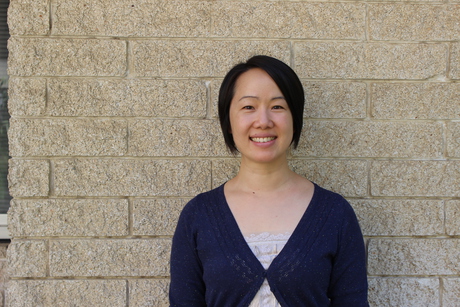 Innovative research into the role of tumour fragments in the bloodstream could contribute to the development of a blood test for cancer, according to Perth researchers. Such a minimally invasive test has the potential to improve cancer diagnosis and better inform treatment decisions.

Coordinated by Dr Annette Lim* of Sir Charles Gairdner Hospital and The University of Western Australia, the research into tumour fragments (called exosomes) is contributing to the possibility of a ‘liquid biopsy’ using a blood sample. Such a blood test for cancer would be safer and easier to perform than a tissue biopsy, especially when a tumour is difficult to access for cancers like those that arise in the head and neck.

To support her research, Dr Lim has been named the 2016 recipient of the Royal Australian College of Physicians (RACP) GlaxoSmithKline (GSK) Research Establishment Fellowship in Oncology. Now in its 20th year, the Fellowship is a longstanding and prestigious award from the RACP and GSK.

Exosomes have a diverse range of roles that contribute to the formation of cancer, and so provide opportunities for potential clinical application.

“Exosomal fragments represent the cancerous tumour from which they arise. This means potential to analyse a patient’s blood for DNA, RNA, miRNA and proteins, like a ‘liquid biopsy’,” said Dr Lim. “Clearly we are focusing on one form of cancer, but imagine if we can deliver benefit to other patients battling other forms of cancer.

“If we can identify reliable molecular markers for cancer in the blood then the potential applications are huge. We can start to think about identifying problems at a pre-cancerous stage and improve tumour surveillance,” said Dr Lim. “A liquid biopsy in the form of a blood test is of course safer, less invasive and easier than a tumour biopsy.” 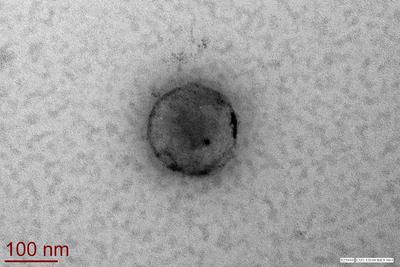 An example of a tumour-derived exome.

Dean of the Royal Australian College of Physicians Professor Richard Doherty says he is delighted to see the RACP GSK Research Establishment Fellowship in Oncology being put to such a valuable project. The Fellowship is a longstanding award born out of a close partnership between the RACP and GSK.

“I commend GSK on their investment in medical science and innovation. This is an important relationship and the College and all of the recipients certainly value the support. It shows how partnerships between industry and the College can be the catalyst for important projects that drive patient-focused innovations,” said Professor Doherty.

GSK in Australia is the sponsor of that part of Dr Lim’s work that focuses on the role of exosomes in base of tongue carcinomas.

GSK Medical Director Dr Andrew Weekes said, “It is a great source of pride for the GSK team to be able to support research which advances understanding in oncology. You just never know where projects like Dr Lim’s might lead. From first principles, there is potential for meaningful impact in the clinical setting, both in diagnosis and in patient care.”