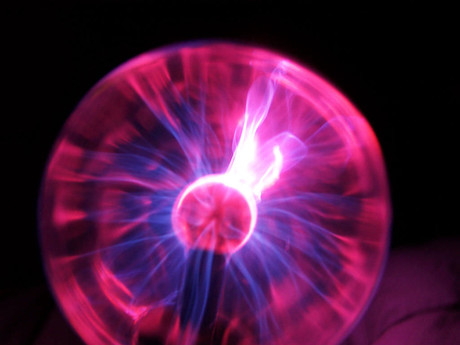 University of South Australia (UniSA) scientists have contributed to the discovery that cool jets of plasma stimulate cells in the bodies of mice, helping to close wounds or kill tumours.

“Under some circumstances,” Dr Szili said, “you can use the plasma to directly intervene with certain cellular signalling processes, which is quite important for driving a whole range of biological and physiological processes.”

Plasma jet therapy works by activating oxygen and nitrogen molecules in the air using a benchtop plasma unit. These molecules — collectively known as reactive oxygen and nitrogen species (RONS) — are part of the cellular signalling process. Long thought to be detrimental to the health of the body and a contributor to ageing, RONS have now been shown to have benefits if levels are carefully monitored.

“People have realised that you actually need RONS to survive, so the cells in your own body actually manufacture their RONS, and they help in the cellular signalling processes and can also help in the fight against diseases,” Dr Szili said.

“But it’s still necessary to be able to control the dosage of the plasma-generated RONS into the tissue mass, because these RONS can also be damaging to cells.”

In order to safely deliver RONS to cells, the Future Industries Institute has developed a hydrogel dressing which can be used to indirectly apply plasma to tissues in the body. Dr Szili explained, “We’ve used the plasma to activate these dressings, which are usually applied to wounds.

“What this does is removes the potentially quite damaging shorter lived and highly reactive oxygen and nitrogen species because they’re filtered out.

“Then you have the longer lived reactive oxygen and nitrogen species which are left reactive, and they can also be quite beneficial for stimulating wound healing.”

In studies conducted in mice, said Dr Szili, “we’ve shown that plasma can be used to deliver signals into a solid tumour and we’ve shown that you’re able to trigger cell death within the cancer mass”.

“This could potentially explain how plasma could be used as a targeted therapy, because you can aim the plasma just at the site of the tumour,” he said. This is in contrast to current treatments such as laser or radiation therapy, which are untargeted and often see patients suffering skin damage as a result.

The mice trials were completed earlier this year and are expected to progress to pigs in 2017. Human trials are projected to be as close as 36 months away.

This is a modified version of a story published by The Lead South Australia under Creative Commons.