Continued warming and wild weather: State of the Climate 2020 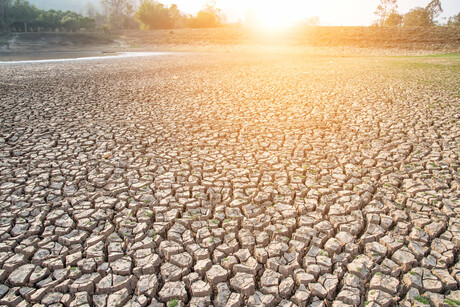 Continued warming of Australia’s climate, an increase in extreme fire weather and length of the fire season, declining rainfall in the south, increasing rainfall in the north and rising sea levels are some of the key trends detailed in the latest State of the Climate report.

‘State of the Climate 2020’ is the sixth report in a series published biennially by the Bureau of Meteorology (BoM) and CSIRO, which together play an integral role in monitoring, measuring and reporting on weather and climate. Drawing on the latest climate observations, analyses and projections, the report provides a comprehensive and scientifically rigorous analysis of Australia’s changing climate, today and into the future.

Available now on the CSIRO and BoM websites, key observations from the report are as follows:

“Our science clearly shows that, due to increasing greenhouse gases, such as carbon dioxide, in the atmosphere, Australia’s climate is continuing to warm, and the frequency of extreme events such as bushfires, droughts and marine heatwaves is growing,” said CSIRO’s Climate Science Centre Director, Dr Jaci Brown.

Furthermore, it is questionable as to whether or not these projections can be avoided, with a new study claiming that global temperatures may continue to rise for centuries — even if human-induced greenhouse gas emissions can be reduced to zero.

That’s according to BI Norwegian Business School’s Jorgen Randers and Ulrich Goluke, who used a reduced complexity earth system model (ESCIMO) to study the effect of different greenhouse gas emission reductions on changes in the global climate from 1850 to 2500 and created projections of global temperature and sea level rises. Their results were published in the journal Scientific Reports.

The modelling suggests that under conditions where anthropogenic greenhouse gas emissions peak during the 2030s and decline to zero by 2100, global temperatures will be 3°C warmer and sea levels 3 m higher by 2500 than they were in 1850. Under conditions where all anthropogenic greenhouse-gas emissions are reduced to zero during the year 2020 the authors estimate that, after an initial decline, global temperatures will still be around 3°C warmer and sea levels will rise by around 2.5 m by 2500, compared to 1850.

The authors suggest that global temperatures could continue to increase after anthropogenic greenhouse gas emissions have reduced, as continued melting of Arctic ice and carbon-containing permafrost may increase the levels of water vapour, methane and CO2 in the atmosphere. Melting of Arctic ice and permafrost would also reduce the area of ice reflecting heat and light from the sun.

To prevent the projected temperature and sea level rises, the authors suggest that all anthropogenic greenhouse gas emissions would have had to be reduced to zero between 1960 and 1970. To prevent global temperature and sea level rises after greenhouse gas emissions have ceased, at least 33 Gt of CO2 would need to be removed from the atmosphere each year from 2020 onwards through carbon capture and storage methods.

With Randers and Goluke now encouraging other researchers to explore their results using alternative models, we can only hope that others may come to a more optimistic conclusion, and that the world has not yet passed the point of no return.

A new photocatalyst can produce methane fuel selectively and effectively from carbon dioxide...

NASA's Perseverance rover — the largest, most advanced rover the agency has ever sent...