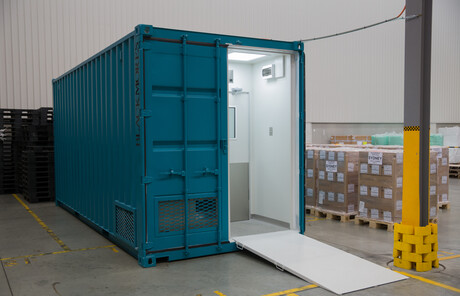 The quest to produce the vaccine for COVID-19 has raised concerns about Australia’s preparedness for a pandemic, and it has sharply focused attention on the ‘new’ age vaccines based on mRNA.

I say ‘new’ given the seminal paper1 that launched this field of nucleic acid vaccines was published in 1990! This was shortly followed by the first demonstrated mRNA-based vaccine to elicit an immune response in an animal2 in 1993.

Fast forwarding to 2015, Ulmer, Mansoura and Geall3 suggested that “vaccines on demand” are possible and laid out four attributes of self-amplifying mRNA vaccines summarised as follows:

In 2020 the world is now finding many novel mRNA vaccine candidates4 and the Australian Government is having a gamble on who might be the ones to back, investing millions of dollars to reserve some for Australia. Astutely, they have invested in a massive facility in Victoria.

The new facility will be built in Melbourne’s Airport Business Park and is expected to be operational by 2026. It will be funded through a joint venture between the federal government, which is putting $1 billion towards the project, and Seqirus — a subsidiary of biotech company CSL — which will contribute $800 million.5

This is great for cultured vaccines — and as Health Minister Greg Hunt stated, “It will provide support for pandemic flu, seasonal flu, antivenoms and Q fever” — but let’s not hold our breath as it will be 2026 before it is operational.

Australia invested heavily in reserving COVID-19 vaccines from several companies overseas. Moderna, BioNTech/Pfizer, CureVac, Imperial College London and Arcturus are all working on lipid nanoparticles (LNP) with mRNA. Surely a local facility that has capacity to create medicines for genetic diseases during ‘non-pandemic’ times and be easily mobilised for vaccine production would be a significant advancement in Australia’s preparedness.

The scale of such a facility has been egregiously overstated previously, considering the production of self-amplifying (saRNA) at a commercial scale does not require cell culture, complex purification or novel equipment. The dose concentration of a saRNA is exceptionally low and, in the case of a vaccine, Anna Blakney of Imperial College London stated that 100 mL can result in 1 million doses.6

The huge bioreactors used in cell-cultured vaccines arguably can be replaced with a beaker and a stir bar for the cell-free synthesis where RNA is produced from a DNA template using an enzymatic transcription reaction. This method is well defined, generic, high yield, fast, antigen-independent and can be used for all types of mRNA.

To get a start on this, a small lab which is a cleanroom is all that is needed. The components can be dropped in within a couple of months — and the total cost a fraction of the aforementioned investments. This would allow Australia the opportunity to create such drugs in-country, without spending the multi-millions on a hope we will access the products from big pharma. Perhaps it is time NSW put some skin in the game. When it comes to vaccine production we sadly lag behind Victoria and Queensland. Here’s a chance to be novel and build the future powerhouse of genetic medicine for Australia in Sydney. Hopefully, we won’t have to wait 30 years again!

Scientists forecast a "ghastly" future for the planet

The survival of all species — including ours — is being threatened by loss of...

SEVEN SISTERS is a mission to send nanosatellites and exploration sensors to the Moon to search...

The Australian Square Kilometre Array Pathfinder has conducted its first survey of the entire...