Hydrogen-eating bacteria and the truth about baleen whales 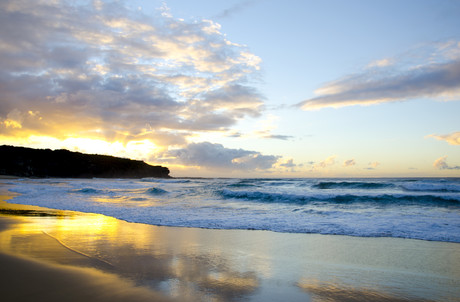 Researchers from Monash University have wasted no time getting into the spirit of summer, this week releasing two separate stories with a distinctly sea-flavoured theme to them.

On Tuesday, it was announced that Melbourne’s Middle Park Beach recently served as the site in which Monash chemists discovered how sand-dwelling algae called diatoms ‘hold their breath’. Diatoms live in an environment that is mixed about continuously, so they might receive light one minute then be buried in the sediment with no oxygen the next; it is thus important to understand how these organisms survive in such a harsh environment.

“Our work has found that they ferment, like yeast ferments sugar to alcohol,” said Associate Professor Perran Cook, lead author on the study.

“This is a new mechanism by which this type of algae survive under these conditions.”

Writing in the journal Nature Geoscience, Associate Professor Cook and his colleagues presented the first study of the importance of anoxic micro-algal metabolism through fermentation in permeable sediments. They combined flow-through reactor experiments with microbiological approaches to determine the dominant contributors and pathways of dissolved inorganic carbon production in permeable sediments. 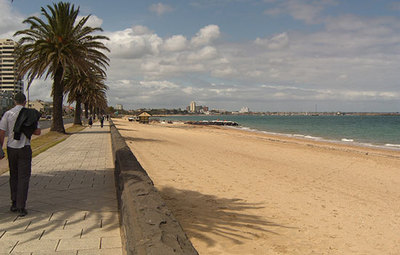 The study showed micro-algal dark fermentation to be the dominant metabolic pathway, the by-product of which is hydrogen. According to Associate Professor Cook, this has “important implications for the types of bacteria present in the sediment”.

“It is well known that bacteria in the sediment can ‘eat’ hydrogen; however, these hydrogen-eating bacteria may be more common than we previously thought,” he said.

The news was followed on Wednesday with the unveiling of a 25-million-year-old fossilised whale skull at Melbourne Museum. Nicknamed ‘Alfred’, the skull was the subject of a Monash–Museums Victoria study which discovered the origin of filter feeding in baleen whales — the largest animal known to have ever existed.

Alfred is from an extinct group of whales called aetiocetids — an early branch of the baleen whale family tree which used their teeth to bite prey. These days, of course, baleen whales do not have teeth — instead, they have a hair-like structure called baleen that allows them to filter plankton from seawater. So how did they make the transition?

“We show that tooth wear … is inconsistent with the presence of baleen, and instead indicative of suction feeding,” the study authors wrote in the journal Memoirs of Museum Victoria, suggesting an entirely new evolutionary scenario for the whale. This tooth wear is only seen in a few living marine mammals today (such as walruses) that use a back-and-forth movement of their tongue to suck in prey and incidentally rough material like sand. 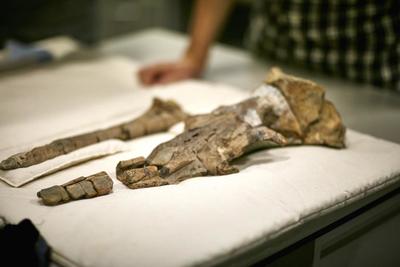 “Feeding in this way resulted in reduced need for teeth, so over time their teeth were lost before baleen appeared,” noted Dr Alistair Evans, a co-author on the paper from Monash University.

The research team is now uncovering the rest of Alfred’s skeleton, as well as other fossils that provide new insights into how baleen whales began.