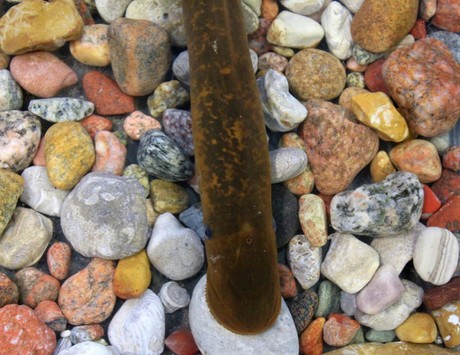 An aphrodisiac pheromone discovered in the semen of male sea lampreys has been found to attract ready-to-mate females, according to research published in the journal PLOS Biology.

In fish and other animals that use external fertilisation, exposure to semen promotes spawning behaviours. However, no specific compounds in semen have been identified as aphrodisiac pheromones until now.

In their new study, researchers from Michigan State University and Shanghai Ocean University sought to identify a pheromone from the milt (fish semen) of the sea lamprey (Petromyzon marinus) — a jawless fish that spawns in aggregations where each spermiating male defends a nest, and ovulatory females move from nest to nest in order to mate. The researchers hypothesised that compounds in the milt may signal to ovulatory females the presence of spawning, spermiating males.

“We found the semen of sea lamprey contains spermine, a highly specific and potent pheromone, which attracts only ready-to-mate female sea lampreys,” said Anne Scott, co-lead author on the study from Michigan State University. “This discovery implicates a new strategy that male animals use to recruit mates through the release of chemical cues in semen. Ovulatory females likely use spermine released along with sperm as a reliable signal for the presence of actively spawning males in the vicinity.”

The results elucidate a mechanism whereby a pheromone in semen attracts ready-to-mate females and implicates a possible conservation of the olfactory detection of semen from jawless vertebrates to humans. According to the authors, their identification of milt pheromones may also have management implications for either the control or conservation of sea lamprey populations.