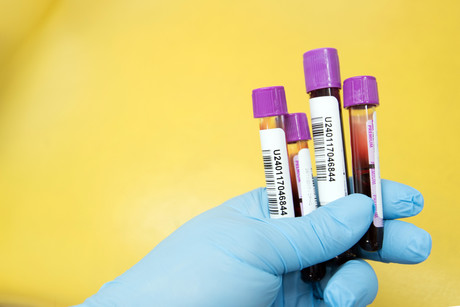 Sydney researchers have uncovered a unique blood-based biomarker signature in individuals infected by tuberculosis (TB), allowing even those with non-symptomatic early-stage disease to be easily identified and treated.

The team’s findings, as published in the Journal of Infection, could help support efforts to control and eventually eliminate the TB epidemic, which is responsible for approximately 1.5 million deaths each year globally.

“A major issue in controlling the spread of tuberculosis is the difficulty of detecting the disease quickly and effectively, particularly in developing countries and in remote areas where technology and testing facilities may be limited,” said lead author Dr Jennifer Ho, from the Centenary Institute and the Woolcock Institute of Medical Research.

“Sputum smear microscopy is the test used to diagnose TB in the majority of endemic settings, but it is unable to pick up TB in its early stages, which prevents timely diagnosis and treatment.

“Also problematical are individuals with latent TB who possess no physical sickness or symptoms. Unaware they are infected, these individuals can become TB spreaders if their disease progresses at some point to an active state,” said Dr Ho, who noted that over 3.3 million cases of active TB are estimated to be undetected annually.

“Our biomarker discovery could be used as the basis for a highly effective and simple diagnostic blood test to help detect these prevalent cases of TB in the community.”

“Early case detection and appropriate treatment is absolutely critical to getting on top of this highly infectious disease,” he said. “Our research offers up an exciting new approach to help realise the ambition of global TB elimination.”