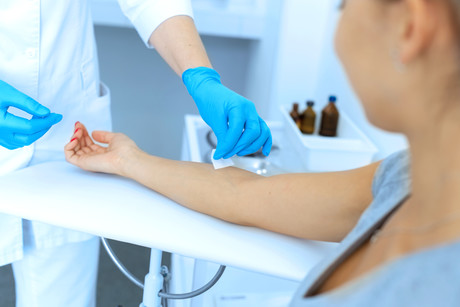 Tuberculosis (TB) can now be identified in less than an hour thanks to a newly developed blood test.

The test procedure — developed by The University of Queensland’s Emeritus Professor Ian Riley in collaboration with researchers in Tanzania, India, Mexico and the Philippines — is hoped to positively impact TB diagnosis in adults living in remote areas.

“TB has been difficult to control because its symptoms are similar to many other diseases,” Prof Riley said.

“Other challenges include drug resistance to the disease and the high burden of HIV-positive cases in developing countries.”

Prof Riley explained that the discovery of the testing procedure came from using machine learning techniques to study three groups of adults who had a persistent cough for more than three weeks.

“We identified four proteins which can be used for a diagnostic test that distinguishes tuberculosis from other TB-like diseases in adults with persistent cough,” Prof Riley said.

“We then developed an ultrasensitive screening system to allow us to identify these proteins in blood.

“TB infections were identified in 317 blood samples, regardless of a patient’s HIV infection status.”

Prof Riley commented that although mortality from TB is declining, the disease remains the world’s 10th highest cause of death, causing 1.3 million deaths annually.

“The first difficulty in controlling TB is obtaining accurate diagnosis at the point of care,” he said.

“The new blood test enables active tuberculosis to be identified quickly and easily while a patient is visiting a health facility.

“Up until now TB has been diagnosed with sputum smear tests, which doesn’t appear to work as well for remote and outlying facilities, and requires more skilled staff to provide a diagnosis,” Prof Riley said.