Continents were weak, prone to destruction in their infancy 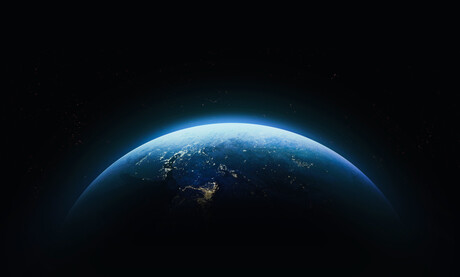 Monash University geologists have shed new light on the early history of the Earth, discovering that continents were weak and prone to destruction in their infancy. Their research, which relies on mathematical modelling, has been published in the journal Nature.

Over the Earth’s 4.5-billion-year history, the planet has evolved to form the environment we live in and the resources on which we depend. However, the early history of Earth (covering its first 1.5 billion years) remains almost unknown and, consequently, poorly understood.

“This was the time of formation of the first continents, the emergence of land, the development of the early atmosphere and the appearance of primordial life — all of which are the result of the dynamics of our planet’s interiors,” said ARC Future Fellow Dr Fabio Capitanio, lead author of the new study.

“Reproducing the conditions of the early Earth in computer-generated numerical models, we show that the release of internal primordial heat, three to four times that of the present day, caused large melting in the shallow mantle, which was then extruded as magma (molten rock) onto the Earth’s surface.”

Dr Capitanio stated that the shallow mantle left behind by this process was dehydrated and rigid, and formed the keels of the first continents. He said, “Our results explain that continents remained weak and prone to destruction in their infancy, ~4.5 to ~4 billion years ago, and then progressively differentiated and became rigid over the next billion years to form the core of our modern continents.

“The emergence of these rigid early continents resulted in their weathering and erosion, changing the composition of the atmosphere and providing nutrients to the ocean seeding the development of life.”

The quantitative model used in the study explains the enigmatic melt degrees and layered structures observed in most cratons on Earth. The process shows that continents remain weak and prone to destruction in their infancy, then progressively melt and differentiate to become stable continents.

This accounts for the transition from the Hadean, covering the first 500 million years of Earth history, in which crust was completely recycled, to the Archean (4 to 3 billion years ago), when rigid continental keels built up and remain preserved through time.

“The geological record suggests that the very early continents did not survive and were recycled in the planet’s interiors, yet this trend dramatically inverted approximately four billion years ago, when the most enduring piece of continents — cratons — appeared,” Dr Capitanio said.

Only tiny crystals remain from Earth’s earliest continental crust, formed more than 4 billion years ago. The mysterious disappearance of this crust can now be explained.

The very process that formed new crust, replacing the old one, is critically related to how the continents became stable. By extracting melt from the Earth’s interior, rigid rafts in the mantle form beneath the new crust, shielding it from further destruction. The crust formed in this way is still preserved in the core of today’s continents: the cratons.