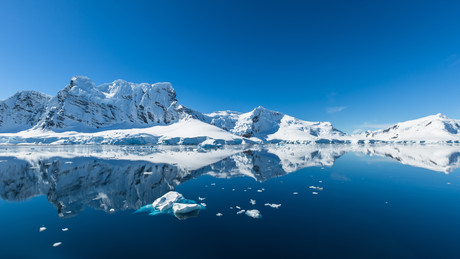 The full extent of the human ‘footprint’ on Antarctica has been revealed for the first time by a research team led by the University of Tasmania’s Institute for Marine and Antarctic Studies (IMAS), which used satellite images to measure stations, huts, runways, waste sites and tourist camps at 158 locations.

Published in the journal Nature Sustainability, the team’s study found that more than half of all large ice-free coastal areas of Antarctica have now been disturbed by human activity. Buildings alone cover more than 390,000 m2 of land, while the visual footprint — the areas from which human activity can be seen — extends to more than 93,000 km2.

IMAS PhD student and lead author Shaun Brooks said measuring the area impacted by humans is important for Antarctic conservation and environmental management, noting, “Although the 53 countries that have signed the Antarctic Treaty agreed to protect the Antarctic environment, until now there has been only limited data on the spatial extent of human activity on the continent.

“Our research shows that human impacts are the greatest on land that is also the most environmentally sensitive — ice-free areas within a few kilometres of the coast.

“Ice-free land supports the continent’s greatest diversity of flora and fauna, including iconic species such as Adelie penguins, and provides the most accessible areas for marine animals that breed on land.

“We found that 81% of the buildings in the Antarctic are located within just 0.44% of the land that is free of ice.”

Brooks said future increases in research activity and tourism are expected to put further human pressure on the continent in coming years. The data his team has collected can thus be used to inform decision-making on Antarctic conservation and environmental management, as well as to track future impacts and changes.

“It may also serve to encourage greater coordination and sharing of facilities between nations and users accessing Antarctica, to help limit the human footprint,” he said.

“There is a growing tension between the increasing pressure for access to the continent and international commitments to protect the Antarctic environment.

“Hopefully our research can help to inform a sustainable balance between these competing imperatives.”