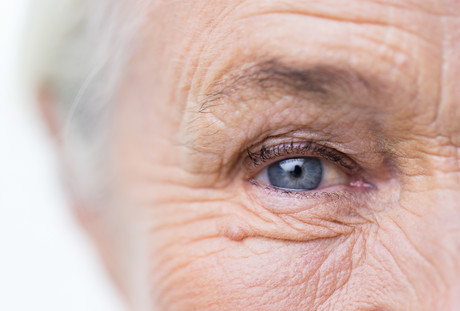 Eye-tracking technology could be used in future to predict if people with mild memory and thinking impairments will go on to develop Alzheimer’s disease, according to new research published in the journal Aging.

Current diagnosis of Alzheimer’s relies largely on documenting mental decline, which can be problematic as, by the time it has been identified, the disease may have already caused severe brain damage. In the quest to find an early diagnostic test, researchers have been looking to identify biomarkers that can indicate the presence of disease — but current biomarker procedures are either invasive, such as lumbar punctures, or expensive.

Eye movement impairments — such as being unable to stop an incorrect eye movement and instead direct the eye in the appropriate direction — are now being explored as patients have been known to develop these impairments in the very early stages of Alzheimer’s disease, before cognitive issues such as speech, judgement and thinking impairments are revealed. Eye tracking has been particularly successful in detecting these issues in individuals with mild cognitive impairment (MCI) — a slight but noticeable decline in cognitive abilities — who have a significantly increased risk of developing Alzheimer’s disease compared to people with normal cognitive function.

There are a number of MCI subgroups and some are of greater risk of developing into Alzheimer’s than others; for example, memory loss (and risk of progressing to Alzheimer’s disease) is predominant in amnesic MCI (aMCI), whereas individuals with non-amnesic (naMCI) have impairments in other domains than memory and are thus less at risk. But until now, no study has investigated how eye movement impairments differ between the aMCI and naMCI subgroups.

Dr Thom Wilcockson and his research team at Loughborough University worked with 42 patients with a diagnosis of aMCI, 47 with a diagnosis of naMCI, 68 people with dementia caused due to Alzheimer’s disease and 92 healthy controls as part of their study. The participants were required to complete ‘antisaccade tasks’ — simple computer tasks where participants are told to look away from a distractor stimulus. For example, if a stimulus, such as a dot, appears on the right of the screen, participants are instructed to look to the left, and vice versa.

From this, the researchers calculated the ‘antisaccade error rate’ — the total number of times a participant looked at the distractor stimulus — using equipment that recorded eye movements 500 times a second. The researchers found that they were able to differentiate between the two forms of MCI by looking at the eye-tracking results. They also found that people with aMCI showed eye movement patterns very similar to those diagnosed with Alzheimer’s disease, providing further support for eye-tracking as a useful diagnostic tool.

“The results indicate that it is possible to predict which MCI patients are more likely to develop Alzheimer’s disease,” Dr Wilcockson said.

“This would help with monitoring disease progression and may ultimately help identify whether treatments would be effective.

“I hope to build on this research and continue the development of eye-tracking methodologies for early diagnosis.”