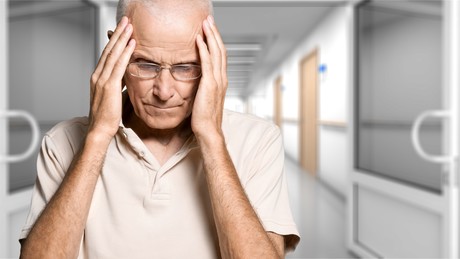 Stroke is the leading cause of death and disability in Australia, and more than half of stroke survivors will have long-lasting brain impairments, such as language or movement problems.

While some patients recover completely in the long run, others have incomplete or no recovery at all.

Now, a team of scientists and doctors from Melbourne, Europe and the US — including Professor Vincent Thijs from Florey Institute of Neuroscience and Mental Health — has identified a genetic variation that influences stroke patients’ recovery.

The study, published in Circulation Research, examined previously published genomes of more than 2000 individuals of European ancestry who were recovering from a stroke. The research revealed a variation in the PATJ gene that likely influences its expression levels, and results in a worse recovery after stroke caused by a blocked brain vessel, called an ischaemic stroke.

The research has identified the first genetic mechanism that could influence stroke recovery and point the way to new research directions searching for treatments targeting PATJ.

Professor Vincent Thijs, head of the stroke team at the Florey, and head of Austin Health’s acute stroke unit, said, “We don’t yet know the exact way this gene variation influences stroke recovery, but this is the first step in a series of experiments to identify recovery mechanisms. For the first time we now have a biological clue about the stroke recovery process in humans. We hope that further experiments in the next coming years may lead to a drug that boosts the recovery process.