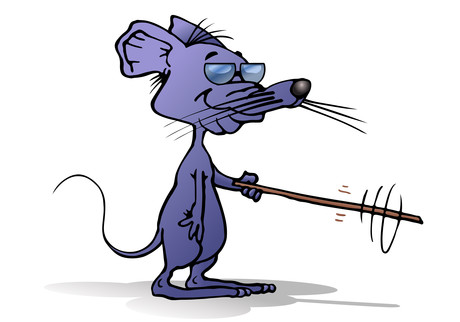 Chinese scientists have restored visual responses in blind mice by transplanting artificial replacements for light-detecting cells into their eyes — a result they hope to echo in human patients one day.

“The restoration of light response with complex spatiotemporal features in retinal degenerative diseases towards retinal prosthesis has proven to be a considerable challenge over the past decades,” the researchers wrote in the journal Nature Communications. For example, current prosthesis devices require implanting a light detecting array that detects signals from a video-capture camera.

Inspired by the structure and function of photoreceptors in retinas, Jiayi Zhang and her colleagues at Fudan University developed nanowire implants made of titanium dioxide coated in gold nanoparticles. Designed to function as artificial photoreceptors, the wires generate a voltage when exposed to light, which can then be passed to neighbouring neurons and help restore the visual response in the subject.

The set-up was tested by the researchers in blind mice, with the array found to restore electrical readout in the brain as well as pupil dilation when the mice were exposed to green, blue and ultraviolet light. Importantly, the implant was well tolerated by the mice and stably active for up to eight weeks.

The researchers believe their work could lead to the design of better prosthetics that do not require external power sources and are capable of colour vision. This could open up new treatment options for human patients at risk of long-term visual degeneration.