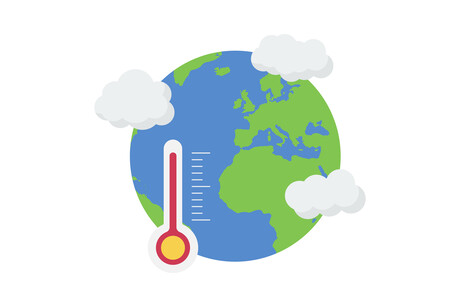 Less than a week after the latest IPCC report warned that the global temperature is expected to reach or exceed 1.5°C of warming over the next 20 years, the US National Oceanic and Atmospheric Administration’s (NOAA) National Centers for Environmental Information (NCEI) has revealed that July 2021 has earned the unenviable distinction as the world’s hottest month ever recorded.

“In this case, first place is the worst place to be,” said NOAA Administrator Dr Rick Spinrad. “July is typically the world’s warmest month of the year, but July 2021 outdid itself as the hottest July and month ever recorded. This new record adds to the disturbing and disruptive path that climate change has set for the globe.”

In the Northern Hemisphere, the land-surface only temperature was the highest ever recorded for July, at an unprecedented 1.54°C above average, surpassing the previous record set in 2012. Asia had its hottest July on record, besting the previous record set in 2010; Europe had its second-hottest July on record, tying with July 2010 and trailing behind July 2018; and North America, South America, Africa and Oceania all had a top-10 warmest July.

In other notable highlights from the report, the Arctic sea ice coverage (extent) for July 2021 was the fourth-smallest for July in the 43-year record, according to analysis by the National Snow and Ice Data Center. Only July 2012, 2019 and 2020 had a smaller sea ice extent. Antarctic sea ice extent was above average in July — the largest July sea ice extent since 2015 and the eighth highest on record.

Meanwhile, the tropics were busier than average: in the Atlantic basin, the season’s earliest fifth-named storm, Elsa, formed on 1 July. The Eastern North and Western Pacific basins each logged three named storms. Overall, global tropical cyclone activity this year so far (through July) has been above normal for the number of named storms.

With the NCEI’s Global Annual Temperature Rankings Outlook indicating that 2021 is likely to rank among the world’s 10 warmest years on record, Dr Spinrad acknowledged that such extreme heat is likely a reflection of the long-term changes outlined in the newly released IPCC report.

“Scientists from across the globe delivered the most up-to-date assessment of the ways in which the climate is changing,” Dr Spinrad said. “It is a sobering IPCC report that finds that human influence is, unequivocally, causing climate change, and it confirms the impacts are widespread and rapidly intensifying.”