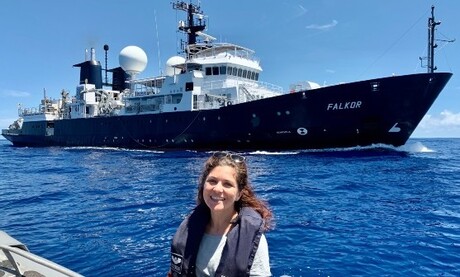 The ‘hidden’ continent of Zealandia is being partially mapped, thanks to a deepwater mapping expedition led by The University of Queensland (UQ) in collaboration with Schmidt Ocean Institute.

The mostly submerged continent has New Zealand and New Caledonia rising from its depths and was only put on the map by geologists in 2014. As explained by UQ researcher Dr Derya Gürer, who is serving as Chief Scientist on the project, “We’re only just starting to discover Zealandia’s secrets — it’s remained hidden in plain sight until recently and is notoriously difficult to study.

“Zealandia is an almost entirely submerged mass of continental crust that subsided after breaking away from Gondwanaland 83 to 79 million years ago.

“It spans 4.9 million km2 and is around three times the size of Queensland.” 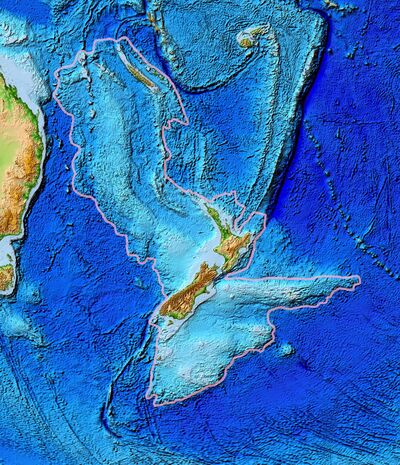 “Our expedition collected seafloor topographic and magnetic data to gain a better understanding of how the narrow connection between the Tasman and Coral Seas in the Cato Trough region — the narrow corridor between Australia and Zealandia — was formed,” she said.

“The seafloor is full of clues for understanding the complex geologic history of both the Australian and Zealandian continental plates.

“This data will also improve our understanding of the complex structure of the crust between the Australian and Zealandian plates.

“It’s thought to include several small continental fragments, or microcontinents, that were split from Australia and the supercontinent Gondwana in the past.”

The mapping project offered 37,000 km2 of data to the Seabed 2030 project, which aims to produce a publicly available bathymetric map to measure the depth of the world’s ocean floor depth by 2030. In addition to seafloor bathymetric data, which measures ocean depths and topographical features, approximately 2500 km2 of magnetic data was collected.

“Through the ship’s underway seawater flow-through system, we analysed more than 100 samples for microplastics, in addition to 40 samples collected on a previous voyage, and only one sample didn’t contain any visible microplastic,” Dr Jonell said.

Dr Gürer, who is involved in a citizen science project to tackle marine plastic pollution, said the seawater collected from depths up to 3500 m held a clear message: “There seems to be a higher concentration of microplastic fibres in the deep ocean.”

According to Dr Gürer, one of the biggest rewards on the journey was seeing the value of scientific collaboration and the importance of training the next generation of marine scientists.

“Teamwork and a willingness to learn from, and teach, each other made this voyage a success,” she said.

“We’ve all been operating at the edge of our comfort zone for the past month and it’s been very rewarding to see our emerging scientists grow.

“It’s wonderful to be leading so many up-and-coming earth and marine scientists to learn the ocean’s secrets.”