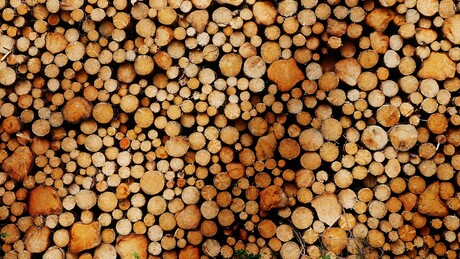 Tokyo researchers have used platinum and aluminium compounds to create a catalyst which enables certain chemical reactions to occur more efficiently than ever before. Described in the journal Nature Catalysis, the catalyst could significantly reduce energy usage in various industrial and pharmaceutical processes, and also allows for a wider range of sustainable sources to feed the processes — which could reduce the demand for fossil fuels required by them.

There are many chemicals used in a wide range of industries, including pharmaceuticals, that you probably don’t notice in everyday life, such as benzene, toluene, xylene and ethylbenzene. These are created at chemical production plants that use petroleum to feed the processes in question. But there is now a way to produce those chemicals in a more sustainable way.

Assistant Professor Xiongjie Jin and Professor Kyoko Nozaki from The University of Tokyo and their team have created a new catalyst — a material that enables or speeds up a specific chemical reaction — that allows for more sustainable production of so-called aromatic hydrocarbons. At present the process typically requires temperatures of 200°C or more and pressures of two or more atmospheres; with the team’s new catalyst, the temperature can be brought down to between 100 and 150°C, and the pressure to just one atmosphere, or ambient pressure. This could hugely reduce the energy cost of production.

“Our ‘Pt catalyst’ makes use of platinum nanoparticles and an aluminium metaphosphate substrate, which is rarely ever used in catalysts,” said Asst Prof Jin. “Source molecules interacting with this catalyst at the right temperature and pressure break down into useful aromatic hydrocarbon compounds. This process is called hydrogenolysis. But the most exciting part for us is not just that the catalyst improves reaction efficiency, but that it opens up new options for the kinds of source materials that can now be used in these processes.”

Currently, non-renewable petroleum-based substances are used to create aromatic hydrocarbons, and this is not a sustainable scenario in the long run. The Pt catalyst allows the use of renewable woody biomass as source material; in particular a family of compounds known as lignins, which contain phenols, the basis of the reactions in question. Another benefit of the Pt catalyst is that it can be recycled and reused several times over. All these factors combined could lead to a vastly more sustainable way to produce aromatic hydrocarbons on an industrial scale.

“We hope our study contributes to the [United Nations] Sustainable Development Goals by making industrially important chemicals from renewable resources instead of petroleum, and at a lower energy cost,” said Asst Prof Jin. “Our next steps will be to further increase the lifetime of the Pt catalyst and also to make the catalyst work directly on lignins, mitigating the need to break it down into phenols before the reactions can take place.”

Image caption: The source of phenols in these experiments was lignin, which is involved in the tough structural components of rigid plant bodies such as trees. So woody biomass like this is the ideal raw material as it can be more sustainably sourced than petroleum.